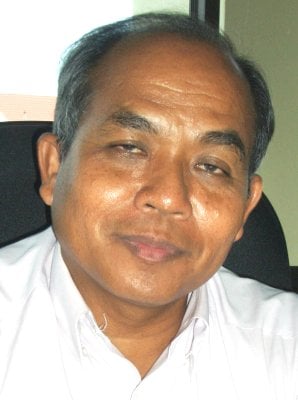 PHUKET: The new head of the Phuket Provincial Employment Service Office (PESO) has instructed his staff to issue work permits to qualified foreigners on the same day they apply.

Boonchock Maneechot, 53, told the Gazette he would try to implement new technology and shake up the “old style” bureaucratic mentality at the offices, which in the past has left some applicants waiting months for work permits to be approved.

Officers there are also being encouraged to develop a “service mentality” that would include greeting the public with a cordial sawasdee, he said.

“For qualified applicants who have all their paperwork in order, we should be able to complete work permits in just one day [including getting final approval from Vice-Governor Winai Buapradit,” he said.

Previously head of the Ranong’s PESO Office, K. Boonchock, a Surat Thani native, took up his post in Phuket on April 18. He noted that Phuket, with 7,000 registered foreign workers, is a far busier officer that Ranong, which has just 47.

“I understand that we have a lot of work to do here. We have about 200 people [Thai and foreign] coming to use our services every day. I have to check and sign about 100 work permit applications [or applications for renewals] daily. We’re under time pressure, but we want to [streamline the system] so that people don’t have to keep returning again and again,” he said.

The Gazette notes that improvements have already been made; two relaible sources said that their work permit renewals had been turned around in just two days since K. Boonchock took charge.

The new PESO boss also issued a reminder to foreign workers that applications for renewals must be made before expiry of the existing work permits.

“We have many people who are still confused. Their work permits have already expired when they come and ask for a renewal. I have to explain that, under the Working of Aliens Act of 1978, this is not legal,” he said.