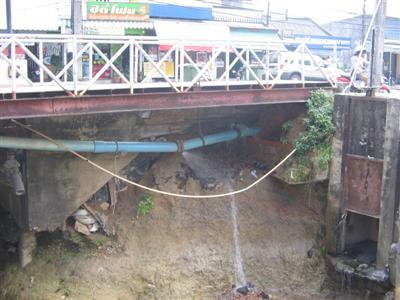 PHUKET CITY: Consumers will be glad to know that a nationwide project that exempts most homeowners from having to pay water bills will continue under the new Government.

Sawong Sri-in, Director of the Phuket Municipality Water Supply Division, told the Gazette that dwellings registered under the name of an individual – and with less than fifty people listed on the house registration form (thabien baan) – will remain exempt from paying water bills provided they keep their consumption under 50 cubic meters per month.

The project will be continued following a decision by new prime minister Abhisit Vejjajiva, he said.

Dwellings registered under the names of juristic entities such as companies, partnerships and other organizations are not entitled to the free supply, he said.

Over the first two months of the project, about 70% of homes registered to individuals in the municipality kept their consumption below 50 cubic meters per month and qualified for the exemption, he said.

When asked if a free supply to consumers might discourage them from conserving water, Mr Sri-in said he thought that any shortages that result as the dry season progresses would be related to natural causes and not the policy, which is set to run until March.

The dry season in Phuket typically lasts about four or five months, with monthly average rainfall below 100 millimeters from December to March.

The free water policy, which followed a pilot project in the capital, was later extended to almost 700,000 households nationwide at a total estimated cost of about 540 million baht over the entire six-month period.

Day of danger on Phuket roads