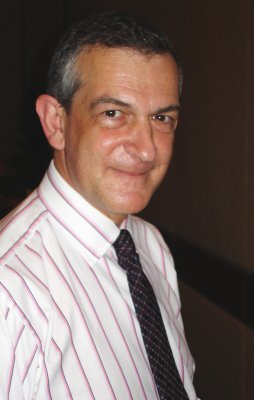 Parents at the meeting, held at the Sheraton Grande Laguna Phuket, were particularly irked by consistently polite refusals by DCL Deputy Master Ralph Mainard to reveal precisely what the two sides disagree on.

Mr Mainard did, however, tell them that the talks had moved away from the “four options” laid out by DIC’s CEO, Dr Arthit Ourairat (see earlier story here) and had zeroed in on rewriting the franchise agreement between DIC and DCL.

“No final resolution has been reached,” Mr Mainard said, as a partial explanation for the coyness of his presentation, “but I think all parties are now very aware of the big issues. I hope decisions will be made in the next few days.”

Pressed as to what the “big issues” are, he said, “I am constrained in what I can and cannot say.”

Asked what he thought were the chances of an agreement being reached that will allow DIC to keep “Dulwich” in its name, he said, “I’m optimistic – 80%”. When this was greeted with collective horror, he swiftly revised the number up to 90%.

“We are much, much closer than we were when I arrived 10 days ago. I hope by next week we will all know,” he stressed.

Pressure is on to close the gap. Both sides, Mr Mainard revealed, agreed a week ago that if no deal can be struck, the Dulwich franchise will end on June 24.

In the course of the two-hour meeting, some of the sticking points broke surface. The row initially erupted after Mr Mainard visited the school in March to make an annual inspection. His report, though it expressed satisfaction with the academic and “ethos” aspects of the school, was critical of its management.

Criticisms included the state of the school’s refectory (canteen) and the fact that teachers’ morale was low, partly because some did not have contracts and therefore felt insecure, and partly because teachers on expatriate packages face having to pay more tax.

The temperature was raised to white heat by the peremptory sacking of headmaster David Cook by DIC, without reference to DCL.

Mr Cook’ reinstatement, Mr Mainard acknowledged, is “an issue in the talks”. From London’s point of view, he added, a headmaster cannot simply be sacked.

Central to the talks, however, is how much control each side has in the school. “It became clear,” Mr Mainard said, “that certain activities might take place that would impact on the academic side and the ethos of the school.”

DCL clearly believes that all aspects of the running of the school have an effect on its academic abilities, and would like to see the headmaster having “more overall control”.

Dr Arthit’s thinking appears to run in the opposite direction. Following the sacking of Mr Cook he appointed four directors, one of them being the Academic Director, or headmaster.

Also under discussion is the make-up of the school’s board, which currently consists of people appointed by Dr Arthit. DCL would like to see a wider representation. Talks have also centered, Mr Mainard said, on “how far a board of governors is able to govern the management of the school”.

Central to this is the wording of the franchise agreement. The current agreement, Mr Mainard said, by way of example, mentions that DCL should have a say in the appointment of a headmaster, but does not address the topic of dismissing the head. “If we secure a new agreement there will be a lot more detail,” he said.

Despite Mr Mainard’s professed optimism, it was clear that the two sides are still some way from being bosom pals. The school has nearly 800 pupils, yet only 150 parents and teachers attended last night’s meeting. Many said they only knew about it when friends sent them SMSs.

Mr Mainard confessed that DCL had not been allowed access to DIC’s database of parents’ contact details, and had to rely on the Parent-Teacher Association’s far-from-complete list to spread the word.

And, in what seemed to many to be a slap in DCL’s face, Debbie Cook, wife of the fired headmaster, was herself sacked yesterday morning by DIC.