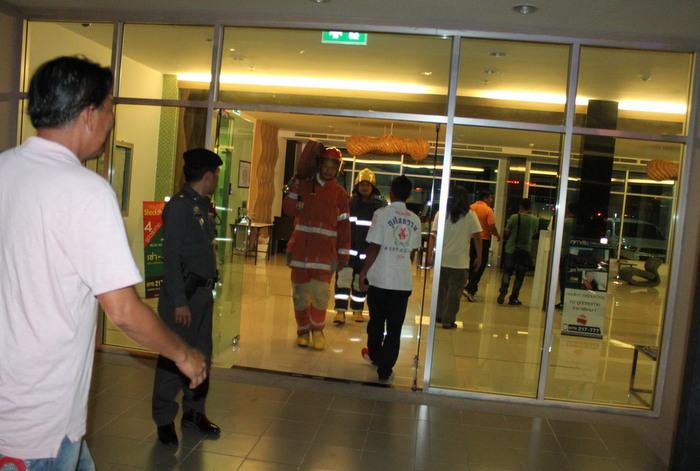 PHUKET: Neighbors at a condominium in Phuket Town helped put out a fire, before firefighters arrived to finish the job last night.

The fire broke out in one of the units on the tenth floor of Supalai Park condominium on Nakorn Road at about 10:30pm, confirmed Lt Chatree Vetrangsi of the Phuket City Police.

The owner of the unit was out at the time.

“Alerted by the smell of smoke, neighbors called the fire brigade, but broke into the room to tackle the fire themselves when they saw thick smoke coming from the room. They managed to mostly contain the fire by the time fire fighters arrived at the scene,” said Lt Chatree.

“The fire was started by candles on a Buddha shelf in the room, leaving a black stain on the living room wall and damaging contents in the room.”

The unit owner, Villasinee Songrak, 30, said that she lit incense and candles to pay her respects to Buddha before leaving to go out for dinner, forgetting to blow out the candles.

“She was not charged for this mishap, as it was only her property that was damaged. Luckily, no one was injured and the fire was contained within the room,” said Lt Chatree.