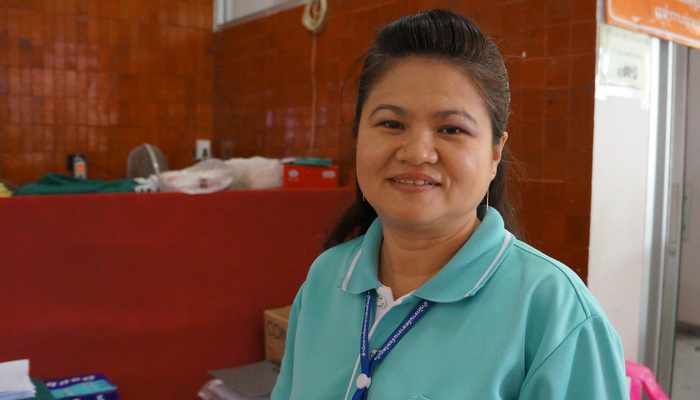 PHUKET: With nearly 17,000 migrant laborers already added to the system since late July, the deadline for registration has been pushed back from August 21 to October 31, a Phuket Provincial Employment Office (PPEO) officer told the Phuket Gazette yesterday.

There are an estimated 15,000 more workers to be registered at the one-stop center in the Phuket Provincial Community Hall, explained PPEO officer Sukrita Canyook (story here).

The extended amnesty for migrant workers and their employers is in accordance with a request from the National Council for Peace and Order (NCPO).

“We are making appointments for those employers who have sent us a list with the names of their employees. However, those who have not submitted their list can visit the center as walk-ins,” Ms Sukrita said.

The price for registering has risen from 1,305 baht to 3,080 baht, due to the period in which the employee can legally work in the Kingdom being extended to March 31, Ms Sukrita said.

Those registered are given non-Thai identification cards.

The card will be valid until March 31. Officials will need that time to verify the citizenship of each worker in his or her home country, explained Ms Sukrita.

Once the necessary documents are secured and the verification complete, work permits and visas, which will be valid for one year, can be applied for.

The move to register migrant workers comes as a bid from the NCPO to counter Thailand’s human-trafficking reputation (story here).