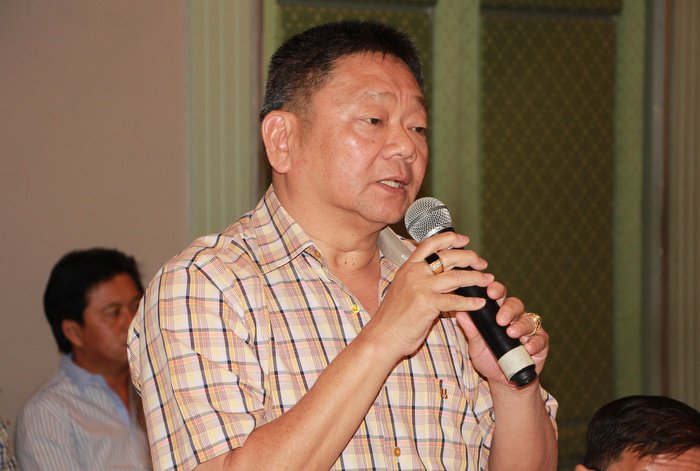 PHUKET: The water around Phuket started to heat up when two groups with dramatically different commercial fishing practices clashed this week.

To bring order to the situation, the Thailand Maritime Enforcement Coordinating Center Area 3 was forced to step in and establish a tentative plan to resolve the conflict between Satun and Phuket fishermen.

“The first complaint I received was from Phuket fishermen who claimed that their trawling nets were damaged by artificial reefs created by other fishermen,” said Vice Admiral Sayan Prasongsamrej, commander of the Royal Thai Navy Third Area Command. “The complaint also said that Satun fishermen occasionally threatened Phuket fisherman, saying that certain fishing areas were only for them.”

At the meeting, a tentative solution of allowing artificial reefs to be built only at intervals of one nautical mile was tabled. The rudimentary artificial reefs currently stretch from Koh Haa in Krabi to Koh Racha in Phuket.

“This will allow fishermen using surrounding nets to still effectively use the artificial reefs, but will also give plenty of room for other fishermen to work,” Vice Admiral Sayan said.

Somyos Wongbunyakul, president of the Phuket Fishing Association, was pleased with the outcomes of the meeting.

“I am thankful that they listened to us. Nobody can have special rights over the sea like that,” he said.