PHUKET: The deputy commander of the Royal Thai Navy Third Area Command in Phuket is spearheading an investigation into an ATV tour company and five shrimp farms for alleged encroachment of more than 200 rai in a mangrove forest in Pa Khlok.

Rear Admiral Teansiri Montriwade personally led an inspection of the alleged encroachment site in Baan Pak Chit on Thursday, joined by Sithichai Promchart of the Thalang Land Office and other officers.

“We can plainly see what seems to be encroachment into the mangroves,” R/Adm Teansiri said, “but to be sure, I have ordered the Phuket Land Office and the Mangrove Development Center Division 23, under the Department of Marine and Coastal Resources, to work together to confirm whether this is accurate.”

R/Adm Teansiri called on the ATV tour operator and the shrimp farm owners to volunteer to present their documents providing evidence of their rights to the land they are operating on.

“I urge them to do so as soon as possible,” he said.

R/Adm Teansiri warned that further investigations into alleged encroachment in other areas of Thalang district, which covers the northern half of Phuket, were imminent.

“The Navy has received complaints about encroachment in other areas in Thalang as well, and we will gradually begin to investigate each and every complaint,” he said. 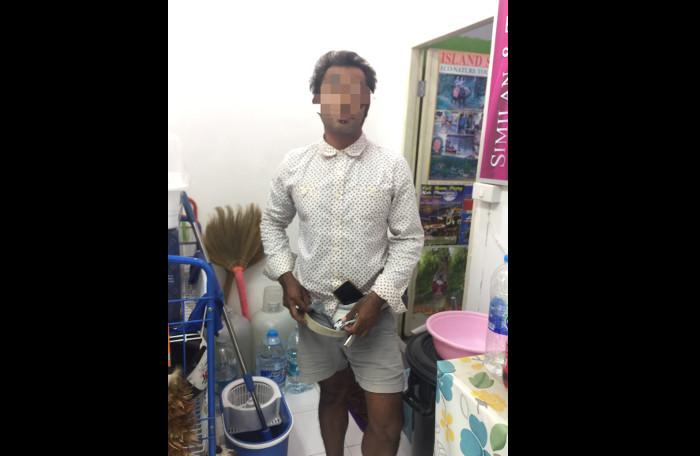