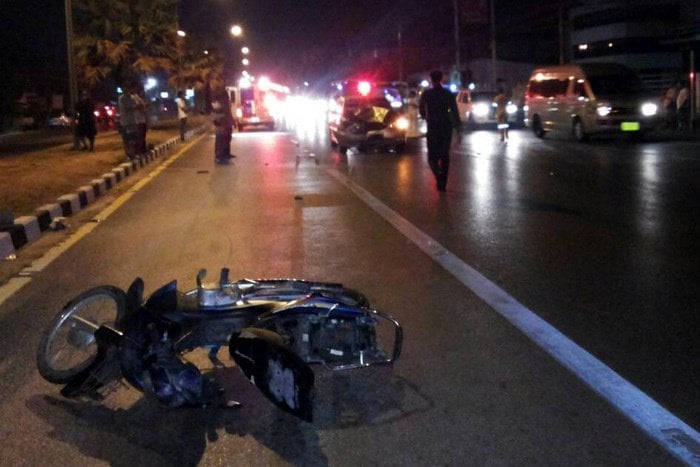 PHUKET: Two Chinese tourists brought their holiday in Phuket to a close by witnessing one man being killed and another suffering serious injuries in a road accident before dawn this morning.

“Taxi driver Kiattisak Flamklongkhom, 30, said that he could not avoid the collision after the motorbike the two men were riding swerved across his lane,” the policeman said.

Mr Kiattisak and his passengers escaped injury, and another taxi arrived soon after the accident to take the two tourists to the airport, he added.

“We have yet to identify the two men because neither one of them was carrying any ID,” he said. “Nobody in the area knows who they are.

“The injured man cannot give a statement because of his serious injuries. He is now at Vachira Phuket Hospital in Phuket Town.”

Police ramp up campaign against illegal ivory trade in Phuket