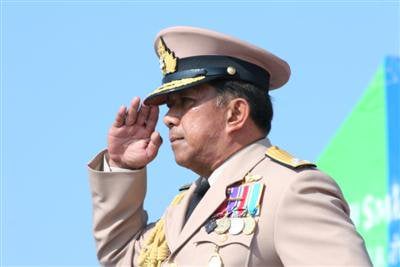 PHUKET: In response to allegations regarding the mistreatment of Rohingya boat people trying to gain entry into Thailand, officials from the Third Area Naval Command headquarters in Phang Nga have defended their actions.

Chief of Staff Admiral Songkitti Jakabat on Sunday told the Gazette that those attempting to gain unlawful entry must be prohibited from doing so.

“Once the refugees are in Thailand, it is our duty to detain and question them before repatriation,” he said.

While inquiries continue into claims that Rohingya refugees were pushed out to sea or mistreated by Thai authorities, Prime Minister Abhisit Vejjajiva said on Monday that the Thai Navy did not take any actions that would constitute human rights violations.

“The military, as far as I have checked, handled them in line with the Internal Security Operations Command, and we don’t have a policy to violate human rights…If any officials committed such inhumane acts against them, they would be punished,” he said.

The Navy has been accused of towing nearly 1,000 Burmese Rohingya and Bangladeshis far out to sea in December. More than 500 of them reportedly went missing and are feared dead.

The United Nation’s refugee body in Geneva has called for its officials to be given access to two groups of Rohingya boat people now in custody in the South.

“We have today asked the Thai government for access to two groups totaling 126 Rohingya boat people who are in custody in southern Thailand in order to assess their situation and determine whether any of them are in need of international protection,” UNHCR spokesman Ron Redmond said.

“This follows our expression of strong concern to the government last week over allegations that large groups of Rohingya boat people from Myanmar [Burma] were intercepted in Thai waters, towed out to sea and left to die,” he said.

“Given the new Thai government’s commitment to human rights, we are eager to discuss with Foreign Minister Kasit Piromya ways that this crisis can be defused quickly in line with international humanitarian standards. We have stressed that the Thai government should take all measures to make sure the lives of the Rohingya boat people are not put at risk.”

News about the boat people was broken last week by a group dedicated to the Rohingyas’ welfare and widely reported overseas.