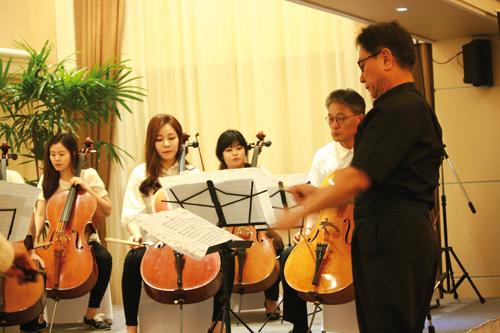 PHUKET: In preparation for Thailand’s mass political rally scheduled for Bangkok next Sunday, authorities will cite traffic law to ban the ‘red shirts’ from bringing in their E-taen farm tractors. “Farming vehicles like the E-taen are prohibited from traveling on highways and would be a danger to Bangkok’s roads,” said Deputy PM Suthep Thaugsuban.

He urged the protesters to make use of public transport because a surge of private vehicles would exacerbate traffic woes.

According to The Nation news pool, in which the Phuket Gazette is a partner, Suthep also reminded the protesters that police would tow away any vehicles obstructing traffic, and that the vehicle owners would bear the costs incurred. Suthep dismissed rumors that the government was trying to block protesters by denying them transportation services, and that petrol stations had been instructed to refuse service to the red shirts.

Outside of Bangkok, there are currently no known plans for major protests in Phuket, Chiangmai or any other important population centers.

TODAY Online
In 2009, Thailand chaired the Association of South-east Asian Nations (ASEAN), and despite facing great challenges the general verdict is that ASEAN held itself together and continued to make progress.

Singapore’s Foreign Affairs Minister George Yeo indicated that concrete results had been achieved, such as the implementation of the Asean Charter and a comprehensive Free Trade Agreement with China. He also observed that “relative peace in the region and the enlargement of our economic space have made possible Singapore’s continuing economic development.”

For 2010, Mr Yeo stressed the importance of fair and legitimate elections in Myanmar, since if there is no reconciliation and the outcome is not seen as legitimate, especially by Myanmar’s neighbors, “then Asean will have a problem.”

BBC
Thailand has refused to grant a visa to the sister of the Dalai Lama, Jetsun Pema, because it does not want to anger China. She was due to be giving a keynote speech at a festival of Tibetan culture currently underway in Bangkok, but the Thai Foreign ministry said her visa request was denied over fears her presence could be linked to politics.

China regards the Dalai Lama as a dangerous separatist leader in Tibet, which it considers its rightful territory, and growing trade between Beijing and Bangkok may have played an important role in the decision to deny the visa.

Airport link will not open on schedule

National News Bureau of Thailand
The Airport Link train line in Bangkok will not be finished in time for opening in April as planned, according to Transport Minister Sopon Zarum. He said work on the electronic, CCTV and radio systems, which are the responsibility of Siemens company, has not been completed according to the terms specified.

The entire system is 80% complete but cannot be operated commercially until it has received safety standard verification from the independent consulting engineer, which should take another 3 months.

Siemens company has to pay 17 million baht to the state for failing to meet the deadline.