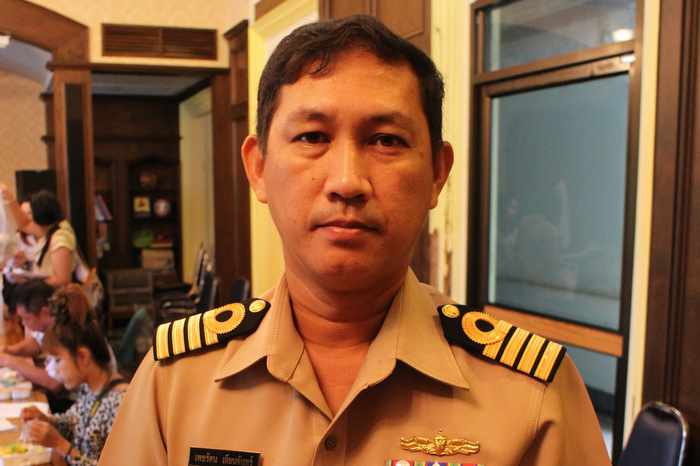 PHUKET: As structures built on the sands of Phuket’s beaches continue to be pulled down and more people are put out of work, the National Council for Peace and Order (NCPO) has called on displaced vendors to put into words the troubles they face as a result of the mass cleanup.

After the comments have been compiled and organized by a research team at Prince of Songkla University (PSU) Phuket campus, they will be sent to Col Somchai Ponatong of the Army’s 41st Military Circle, who will hand the results over to the NCPO in Bangkok.

“Anyone who is facing hard times as a result of the beach re-organization should ask for help. We are happy to receive any suggestions on how to increase people’s happiness,” said Capt Petcharat.

Capt Petcharat asked anyone with suggestions and comments to include in their letter to the NCPO their full names, ID card numbers and a full description of the problems they face, as well as any possible solutions that the NCPO can assist with implementing.

Last week, Patong Mayor Chalermluck Kebsab was unable to make progress in finding solutions to help outraged beach vendors who were put out of work by the party town’s beach cleanup (story here). More than 90 per cent of them have fallen victim to local loan sharks (story here).

“We started clearing Kamala Beach on June 7. There were originally 187 businesses on the beach, now there are only eight structures built in public areas left standing,” said Mr Sayan.

Mr Sayan explained that the land title documents for those properties are under investigation.