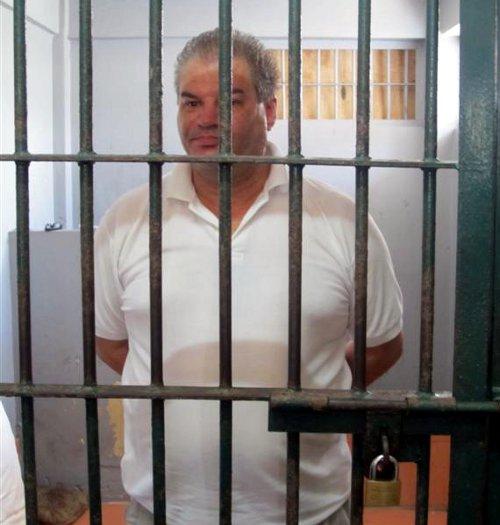 PHUKET: Stein Havard Dokset, the retired car dealer from Norway who confessed to accidentally killing his girlfriend and keeping her decomposing body in a trash bin in his house, was in court on Tuesday as his murder trial began (story here).

Mr Dokset, 51, could face the death penalty under section 288 of Thai law, which stipulates 15 to 20 years or death. He also faces charges of concealing a body and the illegal possession of a firearm.

His housekeeper and the victim’s brother testified in court on Tuesday. A reporter from the Phuket Gazette was present, but was asked by the prosecutor not to reveal any testimony given, which could possibly sway the verdict.

Rungnapa Suktong, a 33-year-old mother of three who had been Mr Dokset’s girlfriend from 2003 to 2009 before splitting from him and marrying a Patong policeman, was reported missing by her family in 2010.

When Patong Police failed to find her, her family turned to the media and to the Crime Suppression Division in Bangkok for help.

On February 28 last year, police raided Dokset’s luxury villa in Kata and found human remains in a plastic trash bin in a locked bathroom. DNA tests later confirmed that they were those of Ms Rungnapa.

According to Mr Dokset, the two had argued and he accidentally pushed her down some stairs, causing her death. When he realized he had killed her, he allegedly panicked and put her body in the trash bin.

When police raided his home nearly three years later, all that remained in the bin were pieces of bone and decomposed human tissue. Chalong Police investigating the case told the Gazette in May last year that the initial forensics results indicated that a skull fragment found among the remains showed signs of having been hit with a hard object (story here).

“They had many problems in that final year because Mr Dokset found out that Ms Rungnapa had been involved in another relationship since 2008,” Lt Col Chaowalit Petchsripia of the Chalong Police told the Gazette last year.

Mr Dokset said jealousy caused the argument that led to Ms Rungnapa’s death, but police have also followed a lead that land titles may have been a motive. Ms Rungnapa was the owner of the house in which her body was found, as well as other properties that Mr Dokset collected rent from.

When he appeared in court on July 31 last year, Mr Dokset denied that he had concealed evidence of the crime. He also denied being illegally in possession of a firearm, saying that the gun police found belonged to his new girlfriend.

At the time he was arrested, Mr Dokset also faced charges, in a separate case, of defrauding a Swedish man of more than 800,000 baht (story here).

Mr Dokset declined to comment to reporters on Tuesday. He will be back in court on February 22 when an additional six witnesses will testify.