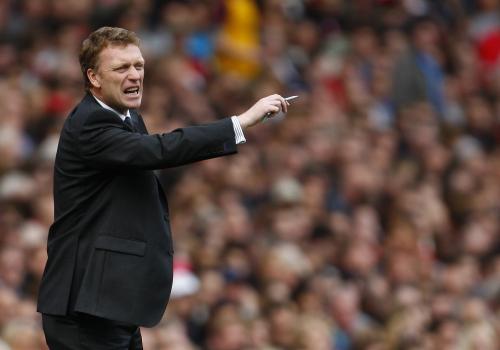 PHUKET: Alex Ferguson’s influence at Manchester United will continue past his retirement after the Premier League champions followed his advice and appointed David Moyes as their next manager yesterday.

Everton boss Moyes, who announced earlier he would be leaving the club after 11 years in charge, was the hot favorite to take over from his fellow Scot at United and has signed a six-year contract from July 1.

“When we discussed the candidates we felt had the right attributes, we unanimously agreed on David Moyes,” Ferguson, who is staying at United as an ambassador and director, said in a statement.

“David is a man of great integrity with a strong work ethic. I’ve admired his work for a long time and approached him as far back as 1998 to discuss the position of assistant manager here.

“He was a young man then, at the start of his career, and has since gone on to do a magnificent job at Everton. There is no question he has all the qualities we expect of a manager at this Club.”

Moyes is braced for the tough job of following Britain’s most successful manager, who is retiring at the end of the season after winning two Champions Leagues, 13 league titles, five FA Cups in more than 26 years at United.

“It’s a great honour to be asked to be the next manager of Manchester United. I am delighted that Sir Alex saw fit to recommend me for the job. I have great respect for everything he has done and for the Football Club,” the 50-year-old said.

“I know how hard it will be to follow the best manager ever, but the opportunity to manage Manchester United isn’t something that comes around very often and I’m really looking forward to taking up the post next season.”

Moyes will remain in charge for Everton’s final two Premier League games of the season against West Ham United and Chelsea.

“I have had a terrific job at Everton, with a tremendous chairman and board of directors and a great set of players,” he added.

“Between now and the end of the season, I will do everything in my power to make sure we finish as high as possible in the table.”

While Moyes shares the steely glare, work ethic and Scottish accent of Ferguson, he has none of the trophies.

The closest he came to silverware with Everton was the 2009 FA Cup, in which they lost 2-1 to Chelsea in the final having taken a first-minute lead.

He is also a Champions League novice, having only once guided Everton to a place in Europe’s elite competition although they never reached the group stage, going out 4-2 on aggregate to Villarreal in the third qualifying round in 2005-06.

Despite the lack of cups and titles, Moyes is seen by his new club as having the right qualities for the top job.

“I have always said that we wanted the next manager to be a genuine Manchester United man. In David Moyes, we have someone who understands the things that make this such a special club,” Bobby Charlton, former United player and current board member, said.

“We have secured a man who is committed to the long term and will build teams for the future as well as now. Stability breeds success.

“David has tremendous strength of character and recognises the importance of bringing young players through and developing them alongside world class talent.”

Moyes’ track record at Everton includes four top-six finishes, a knack for creating competitive teams with only modest resources and a reputation as a gritty, no-nonsense type of manager in a similar mould to Ferguson.

“His hard-working style and steely determination and are characteristics we value at the club,” co-owner Joel Glazer said.

“He has impressed as a coach for many years now and we strongly believe he will be able to take up from where Alex is leaving off by continuing this club’s tradition of flair football played by exciting, world class players.”

One of Moyes’ first tasks could be to persuade striker Wayne Rooney to stay at the club following newspaper reports the England international had once again asked to leave Old Trafford.

A Manchester United spokesman said on Wednesday the player, whose form has been up and down this season, was not for sale.

Rooney began his career at Everton under Moyes but the two subsequently fell out over an account in one of Rooney’s autobiographies about how he came to leave Merseyside and sign for United.

The striker had wanted to leave United in 2010 before performing a U-turn and signing a five-year contract extension.

While Moyes looks forward to his next post, the focus on Merseyside will shift to filling their own vacancy.

Wigan’s Roberto Martinez is among the early front-runners but the Spaniard said on Thursday his mind was on his club’s battle for Premier League survival and Saturday’s FA Cup final against Manchester City.

“Everton officials will start the search for a replacement manager immediately,” the club statement said.

“The chairman, on behalf of the club, would like to place on record his thanks to David for the massive contribution he has made to Everton since his arrival in March 2002. He has been an outstanding manager.”

Out of Rh-negative blood, Phuket Blood Bank calls for donors