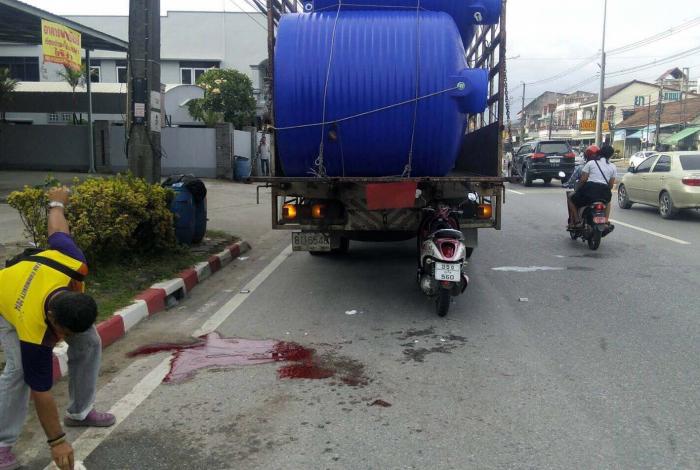 PHUKET: A young motorcyclist died after slamming into the back of a truck at high speed and sustaining massive head injuries on Thepkasatri Road this morning.

The accident occurred on the southbound lane in the Sapam area.

Police named the deceased as Parinya Jansakul, 23, who was riding a pink Scoopy-i scooter. He reportedly hit another scooter being ridden by Boonrai Nanua, 53, before careening into the back of the truck, which was transporting septic tanks and had the tailgate folded down to accommodate the large load.

Ms Boonrai was only slightly injured, it was reported.

Paramedics arrived on the scene to find Mr Parinya bleeding profusely from his head and his scooter wedged upright under the tailgate of the truck.

Mr Parinya was taken to Mission Hospital for treatment but died a few hours later.

His body has since been claimed by relatives.