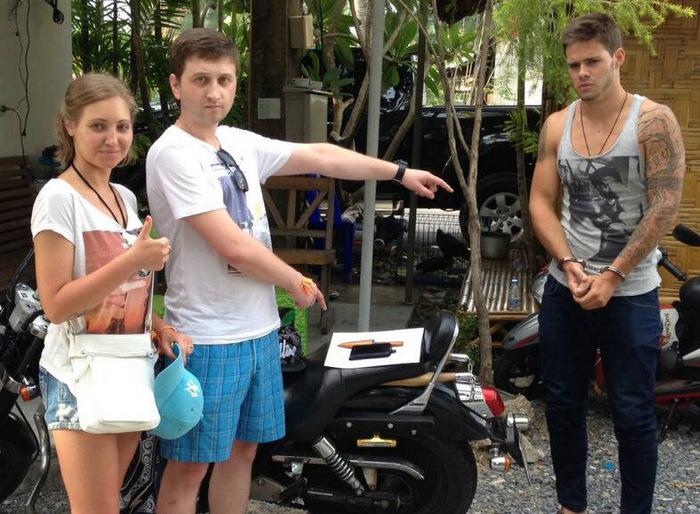 PHUKET: A passport left as collateral for a motorbike rental has led to the arrest of a Spaniard for the nunchuk mugging of a Russian in Kata early yesterday morning.

“Police seized a motorbike, a seven-inch knife, a set of nunchuks and an iPhone5, all found in his rental room,” said Karon Police Deputy Superintendent Sophon Borrirak.

Mr Ferras’ arrest followed Russian Sergey Agafonov, 29, being robbed under threat of nunchuks in Soi Plukjae, near Baan Kata School at 1:20am yesterday.

“Police learnt that the vehicle the suspect used to make his getaway belonged to Janpen Jara. We showed the CCTV footage to Mr Janpen and Mr Agafonov. Both of them identified the suspect as the same person,” said Lt Col Sopon.

Mr Janpen explained that Mr Ferras started renting a motorbike from him last month, and handed the Spaniard’s passport to police.

“We obtained an arrest warrant and tracked Mr Ferras to the resort in Chalong,” Col Sophon said.

“He was charged with armed theft at nighttime and evading arrest. He has accepted the charges.”