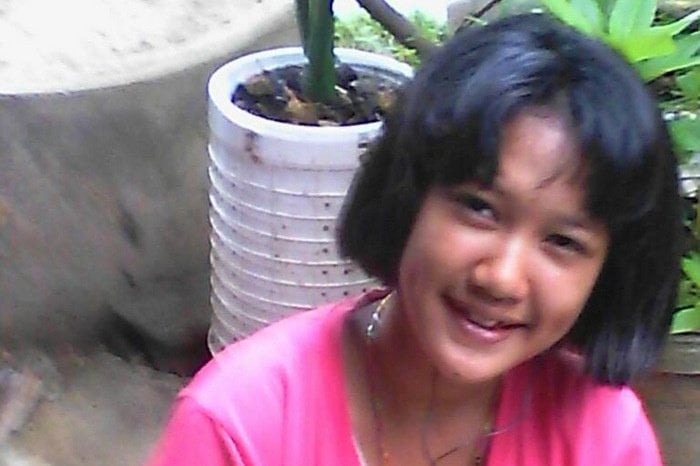 Deunphen Tongtirum made a public plea to find her daughter after she went missing from their family home on Sunday (story here).

In her plea to find Nong Mai, Ms Deunphen said that she believed that the two girls were coming to Phuket to visit the Wat Chalong Fair (story here).

At about 10pm last night, Mrs Deunphen received a message from an unknown number telling her to call back, she told the Phuket Gazette.

Ms Deunphen called back, and Nong Mai answered the phone.

“I told her to go to the nearest police station as soon as possible, which happened to be the Chalong Police Station, where we met,” Ms Deunphen told the Gazette.

“Nong Mai said that she saw the public announcements reporting her as missing. She said she missed me and that’s why she called.”

Ms Deunphen explained that Nong Mai and Nong Prae were staying at a hotel in Phuket Town with two male teenagers, who are both several years older than Nong Mai.

“Police questioned the four friends, but they did not find anything illegal about their activities,” Ms Deunphen said.

“Thankfully nothing to do with human trafficking or anything like that. The girls were just visiting Phuket.”

Ms Deunphen returned to Ranong with Nong Mai this morning, while the three friends remained in Phuket.

“I think Nong Mai left without telling anyone because my husband and I were arguing with each other,” she said.

“It was my fault. I will ask her for more details when she is in a better mood to talk.”