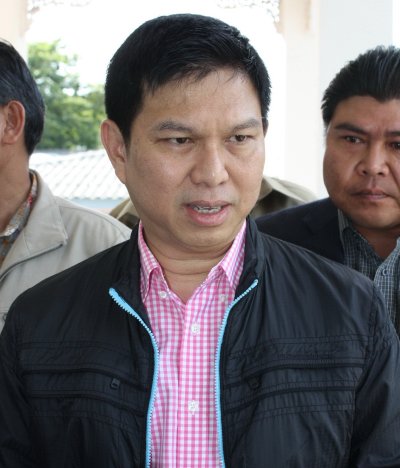 PHUKET: The Minister Attached to the Prime Minister’s Office has denied claims that the government has “stolen” the 2.6 billion baht sequestered from the now-shelved plan to build a Phuket International Convention and Exhibition Center (ICEC).

In Phuket on Saturday to oversee the preparations for the upcoming three-day Andaman Culture Festival, to be opened by Prime Minister Yingluck Shinawatra in person on November 9, Minister Woravat Auapinyakul said the funds had yet to be allocated to another project, but insisted the funds will be put to good use.

“We did not ‘steal’ the project. We cannot continue with it because it failed to pass its Environmental Impact Assessment [EIA] requirements; it failed that because the proposed site was at Baan Mai Khao, which is the site of Phuket’s last mangrove forest,” Mr Woravat told the Phuket Gazette.

However, MNRE Minister Preecha Rengsomboonsuk has remained publicly silent on the issue, as has Prime Minister Yingluck, despite the PM being lobbied to review the decision as she entered the mobile Cabinet meeting on Koh Samui on October 21.

Mr Woravat’s support for the assertion that Mai Khao is Phuket’s last remaining virgin mangrove forest also follows Phuket MP Anchalee Vanich Thepabutra last week calling for the Cabinet to answer to Parliament why the project was cancelled and to explain where the funds had been redirected to.

“The government doesn’t want Phuket residents to focus on the construction of the ICEC as the only big thing that was going to happen to develop the province,” Mr Woravat told the Gazette.

“There are several other aspects of Phuket that also require development. We should look at the overall picture of the province and see what really needs to be improved.

“Or we could spend it on developing ‘the quality of provincial infrastructure’,” he added.