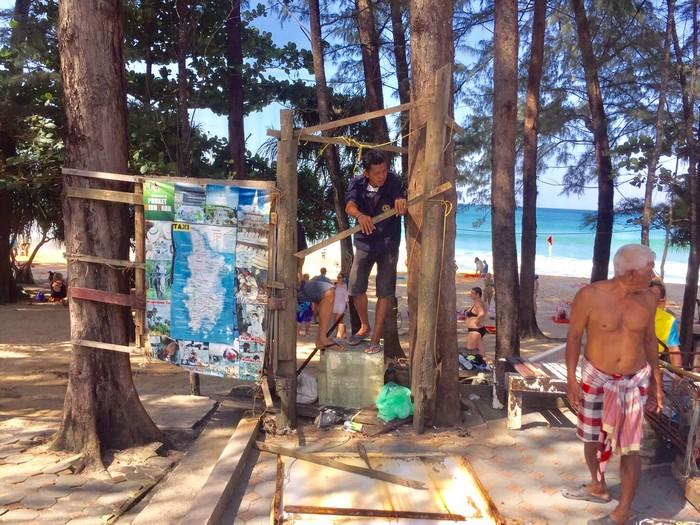 About 50 Thalang and Sakoo district officers along with national park officers, civil defense volunteers and Navy personnel assembled at the beach at 10am and spent two hours assisting vendors taking down the snack stalls and massage beds on the beach.

Thalang District Office Chief (Palad) Siripong Leeprasit said the vendors had already been informed that they had to move during a previous inspection visit but they had ignored the orders.

“The vendors were in breach of the beach management policy so we came this morning to remove them. They all cooperated and allowed us to demolish the stalls while they removed their belongings. Some of the vendors helped us take down the structures,” he said.

The clampdown on beach-side vendors in Phuket began in earnest in April, when officials moved in to demolish bars and restaurants along Surin Beach (story here).