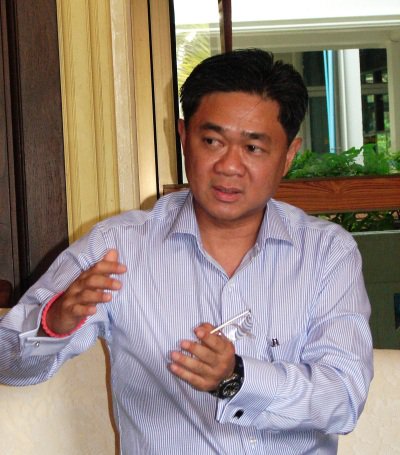 PHUKET: Tossaporn Thepabutr, chairman of the House Committee for Tourism and Sports, said the political unrest in the Middle East would have little effect on Thailand’s tourism industry.

Speaking to reporters in Phuket late last month, Mr Tossaporn called for tourism operators nationwide to work together to attract 18 million tourists to Thailand this year.

This was a realistic figure, he said, considering that 14 million tourists visited in 2009 and that Thailand has enjoyed a steady year-on-year growth of about 11% since then. He set a projected figure of 17.5 million tourists for this year.

“Thailand should aim for 18 million, though, because the political situation both in Thailand and worldwide is more stable now, and the riots in the Middle East should not affect any other key markets,” he said.

In order to achieve this potential figure, the Ministry of Tourism and Sports nationwide needs to put a lot of effort into diversifying strategies, he said.

“Especially at ITB in Berlin, we should present Phuket and Thailand in various ways to catch tourists’ attention.

“We should also try to bring more tourists from Malaysia, Indonesia and the Philippines, whose economies are showing positive growth.

“The number of these tourists will make up for any fall in tourist arrivals from the Middle East,” he said.

Phuket gears up for Heroines’ Festival 2011