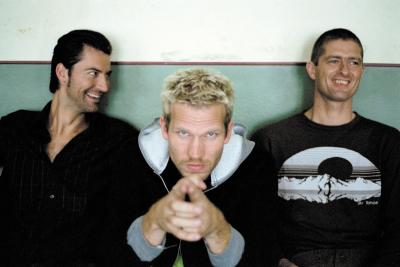 CHERNG TALAY: Danish pop band Michael Learns to Rock will perform a charity concert at Laguna Phuket on July 2, starting at 8:30 pm. The trio, coming to Thailand to give a private performance for the Thai Royal Family, are known to their many fans as MLTR and will use the opportunity to a one-off charity performance in Phuket. With global album sales in excess of 8 million since their blockbuster debut album in 1991, MLTR has wooed many fans with their seductive soft pop. Their latest album, their sixth, was launched in February and features 10 more melodic tracks, including their new single Take Me To Your Heart. Singer and keyboard player Jascha Richter, drummer K?re Wanscher and guitarist Mikkel Lentz, will donate the proceeds from the concert to worthy causes supporting leukemia patients in Thailand and Aids victims in Phuket. Tickets cost 500, 1,000 or 2,000 baht, depending on the seats. VIP seats cost 4,000 baht and include entry to a post-concert cocktail party and a chance to meet the band. Tickets go on sale from June 7 at Laguna’s Canal Village Shopping Center. For more information call Tel: 076-324453-7 or Fax: 076-324066.