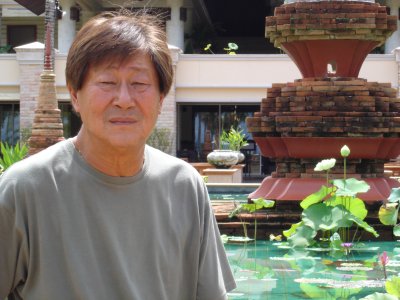 KHAO LAK: The owner of another leading Khao Lak resort has backed the opinions of La Flora owner Sompong Daowpiset over the lack of support the resort area has received from the Tourism Authority of Thailand (TAT) since the tsunami.

Speaking just after the reopening of his Le Meridien Khao Lak Beach & Spa Resort on Friday, ML Vitya Chakrabandhu told the Gazette that he felt the government and banks had generally been supportive.

But he was critical of the TAT. “I hate to say this,” he said, “but I don’t think they have the proper people.

Le Meridien Khao Lak was seriously damaged by the tsunami, losing 100 of its 250 rooms, along with all back-of-house operations, restaurants, accounting and kitchens. ML Vitya himself lost a daughter in the disaster.

After the waves withdrew, much of the resort and its gardens were left covered with sand as much as 1.5 meters deep, and the 30-rai lake from which the resort draws its water was also filled with sand and contaminated with seawater.

Removing the sand was the most difficult part of the recovery operation, ML Vitya said.

The reopening of La Flora and Le Meridien brings the number of operational guest rooms in the Khao Lak area to about 1,700, compared with some 7,000 before the tsunami.

Le Meridien is the area’s largest resort, and the only one with significant conference facilities. It will get larger in the future, too. ML Vitya said that the 180-rai site is large enough to allow future expansion to 620 rooms.

Bizarre death “was an accident’