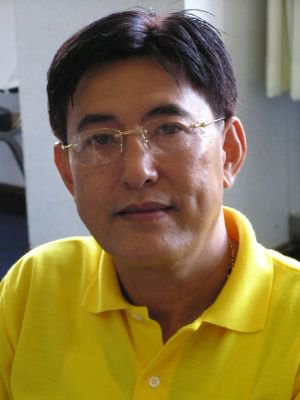 PHUKET CITY: The Phuket Election Commission (PEC) has barred Thanapong Kho-udom, leader of the Pattana Baan Rao (“Develop Our Home”) Party from running for Mayor of Phuket City in elections due to be held on April 4. Kittipong Thiengkunagrit, Director of the PEC, told the Gazette that electoral rules state that a mayoral candidate must have lived within municipal boundaries for at least a year before registering as a candidate, or have paid taxes to the municipality every year for the past three years. He explained that K. Thanapong had moved from Thalang district to Phuket City less than a year ago and although he had paid taxes covering three years, he had done so in one lump. The PEC therefore considered him ineligible to register as a Mayoral candidate. But K. Thanapong told the Gazette angrily that he is not giving up without a fight, and that he had sent rebuttals to both the PEC and the Central Election Commission (CEC) in Bangkok, contesting the PEC’s ruling. “The PEC dismissed my rebuttal because I couldn’t make it to their hearing,” he said, explaining that the PEC had telephoned him on the day of the hearing to inform him of it, but that he was in Bangkok at the time. “The CEC hasn’t delivered a judgment yet. Until they do I am not disqualified. I’d like the CEC to check whether the PEC is doing its job properly and fairly. “I was born in Phuket City. All my family live in this area. We have four houses and have done business in the area for about 30 years.” He conceded that he had paid taxes for four years in one lump, but pointed out that those taxes had been accepted by the Municipality, indicating to him that paying in this way was perfectly legal. “I’ve paid my taxes. Yet because of this I can’t exercise my rights as a citizen living in the municipal area?” He added that PEC officers knew the rule on paying taxes, yet the rule was not mentioned in the election handbook for candidates. “How could we know about this rule? Why didn’t they include it in the handbook?” He said that members of his party would continue to campaign for votes though he himself could not do so until his disqualification is overturned.