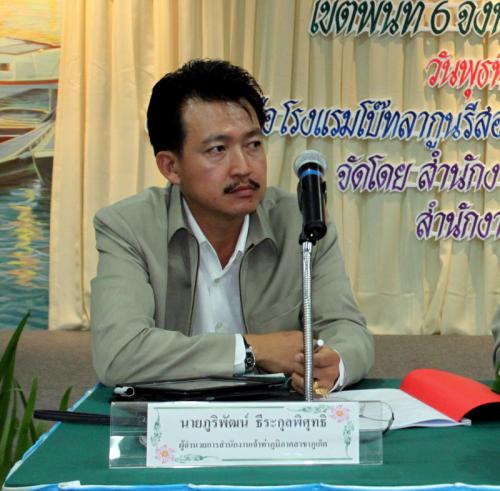 PHUKET: In the wake of recent break-ins and thefts on yachts anchored around Phuket, the marine authorities are urging boat owners to ensure their boats are secure.

“In order to protect yacht property from being stolen, I suggest yacht owners have round-the-clock security on their boats. They should protect their boats as they protect their houses,” said Lt Col Chatchai Sakdee of the Marine Police.

“Being part of a network of yacht owners will also be helpful, because you can look after each others’ boats,” he said.

Phuket Marine Office chief Phuriphat Theerakulpisut supported Col Chatchai, saying, “I advise yacht owners to have 24-hour security – someone must be looking out for the boats at all times.

“This way you can take the best care of your own valuable property,” he added.

Marine Police will do their part, added Col Chatchai.

“We patrol the area around Phuket and also in Phang Nga Bay,” he said.

“The frequency of patrols depends on what problems we are seeing and where. We do our best to make every area safe even though we don’t have enough officers to look after the whole island at the same time,” he said.

The focus on security follows two men being caught trying to rob the well-known catamaran DaVinci in the middle of the night in Chalong Bay (story here).

The thieves were arrested only after the boat’s captain was alerted by silent alarm that intruders were on the boat.

Col Chatchai urged any boat owners in Phuket whose yachts have been robbed to report the incident to the Phuket Marine Police at 076211883 or by calling the Marine Police hotline at 1196.

“Anyone who suspects a robbery is in progress is urged to call 191 immediately,” he added.