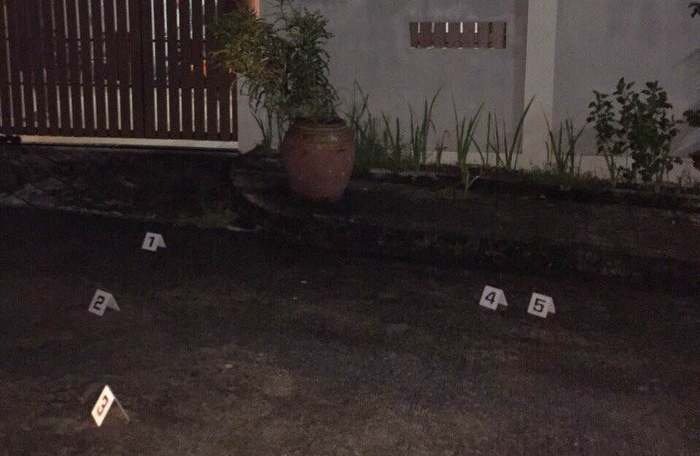 PHUKET: Police are searching for a man who allegedly shot his father-in-law on Wednesday at about noon.

Thanyawat Matchiwong, 28, is on the run after he allegedly shot and injured his father-in-law Juang Chuayboonchu, 77, at his home.

“We had an argument on the phone about an hour beforehand. Thanyawat said he would kill my family and I, and then hung up,” Mr Thanyawat’s 28-year-old wife, Aree Chuayboonchu, told police.

Ms Aree claims that Mr Thanyawat then drove his black Toyota Fortuner up to her family’s home, called out to her and shot Mr Juang as he opened the door.

Mr Juang, who was shot in the face and shoulder, was taken to Thalang Hospital by rescue workers before police arrived.

Upon arrival at the home, Thalang Police found six 9mm shell casings at the scene.

“Mr Thanyawat will be charged for illegally carrying a firearm in public, as well as attempted murder. We will catch him as soon as we can,” Lt Suporn Muangkhai of the Thalang Police said.

“Mr Juang has since been transferred to Vachira Phuket Hospital and is recovering well.”