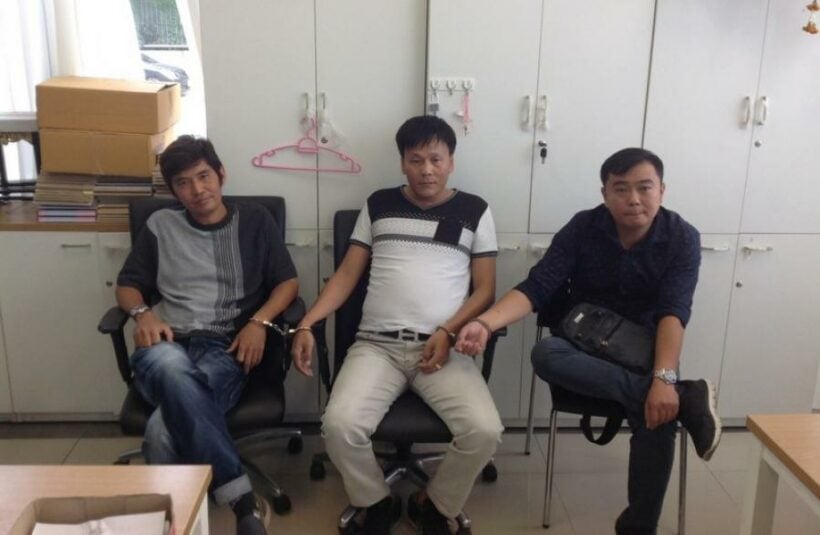 PHUKET: Three Malaysian ATM skimmers were arrested at the Sadao border checkpoint between Malaysia and Thailand on Tuesday.

The arrests were made by the Songkla Immigration Office and Sadao Provincial Police.

The suspects were wanted for conducting unauthorized money withdrawals in Songkla and Phuket, skimming more than 600,000 baht from 13 Phuket and Songkla-based accounts last month (story here).

“We captured the suspects Tan Kok King, 43; Lim Poh Leang, 40; and Koay Soon Lee, 44, while they were attempting to escape to Malaysia using a car with a Malaysian license plate,” said Col Sangkom Tadso of Songkla Immigration.

The police also seized more than 30 credit cards, a book with more than 1,000 ATM codes, equipment used for skimming, 400,000 Vietnamese dong, US$20 and three suitcases that were found in the suspects’ possession.

“They arrived in Thailand on May 9 and after fraudulently obtaining the money, spent all of it on travelling and shopping,” said Col Sangkom.