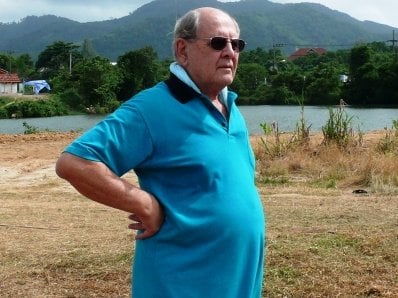 PHUKET: The prestigious Marylebone Cricket Club (MCC) announced today that the first match of their Thailand cricket tour will be played at the Alan Cooke Ground (ACG) in Phuket.

According to information received by the Phuket Gazette, “The [ACG] has been designated the venue for the first game of their [MCC] Thailand tour in February of 2012.”

The news comes just a few days before the official ground-breaking ceremony, which will take place at 8:30am Monday. The ACG is located near the lakes area of Baan Lipon, Thalang.

“This is very exciting for Phuket cricket, and the opportunity to host one of the most famous clubs in the sport is a great honor,” said Alan Cooke MBE.

Many will know MCC as the governing body of world cricket before the responsibilities were passed to the International Cricket Council (ICC), and domestic duties to the Test and County Cricket Board (TCCB), in 1993.

Cricket fans recognize MCC’s home as the famous Lord’s Cricket Ground in London, which was also home to the ICC until 2005 and continues to host the European Cricket Board (ECB) and Middlesex County Cricket Club (MCCC).

Founded in 1787, MCC is the copyright holder of the laws of cricket, while its teams continue to play and tour regularly. The MCC Coaching Manual is a regularly updated almanac of cricket skills, and the organization continually runs training programs for young players.

The ACG will also be the official ground for cricket at the National Youth Games, which Phuket will host in March 2012.