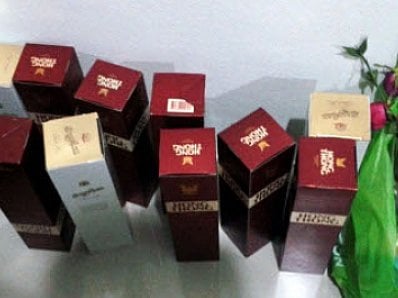 PHUKET: A broken-hearted Russian man who drank himself to death was found in his rented accommodation in Patong yesterday.

Patong Police inspector Maj Patapee Srichai was informed of the incident shortly after 2pm by Areeya Koksadon, 40, the manager of the Amara Guesthouse.

At the scene police found the body of Petr Zavyalov, a 27-year-old Russian national, lying on the bed still clutching a bunch of red roses in one hand and a bottle of Thai whisky in the other.

“There was no signs of struggle in the room,” said Maj Patapee.

“However, our investigation has revealed that he had argued with his Thai girlfriend. It would appear that Mr Zavyalov was unable to support her lifestyle and so she left him for another foreigner.

“He bought a dozen bottles of Thai whisky. He was later found dead in his room,” Maj Patapee explained.

Mr Zavyalov’s body was sent to Patong Hospital for medical examination and to await final instructions from his relatives.