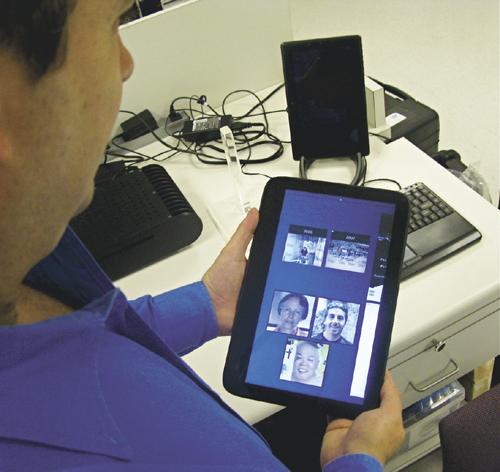 I’m going through this exercise because I’m in the process of moving from Patong (where my wife and I have lived for the past 12 years) to Kathu. For me, the one key part of moving involves getting a decent, reliable internet connection. Two, actually, but I’ll cover that next week.

This week, I want to go over the kinds of internet services available in Phuket, and help you narrow down the list. This discussion is spurred by a chance encounter with a fellow long-term Phuket resident, who was at the CAT office in Central Festival, absolutely bewildered by all the choices, trying to figure out what’s best and how much it’ll cost.

Believe me, even if you know the difference between HSPA+ and xDSL and 802.11a – very few consumers do – the choices are confusing. Very confusing. And if you don’t understand the alphabet soup, you’re likely to end up with stuff you don’t want or need, pay too much, and get lousy service to boot.

Here’s what you need to know about connecting to the internet in Phuket.

Let’s start with the two basic wireless technologies: 3G and WiFi. As you probably know, 3G is based on mobile phone technology and towers; it’s available just about anywhere you can get a phone
signal. In Phuket, you buy 3G service from TrueMove H, DTAC, AIS, CAT and TOT.

WiFi, on the other hand, is a shorter distance technology that’s baked into almost every modern laptop, notebook, netbook, Ultrabook or tablet.

You can also set up a WiFi network at home, if you have an internet connection. All of the major wired internet service providers will sell or rent (or give away) a box that sits in your house and offers WiFi, of varying quality, throughout the house. If you pay for a wired internet service – one of the ADSL or Fiber Optic connections, for example – it’s quick and easy to get a WiFi network set up in your house.

Here’s how to put it all together.

Say you have a couple of “3G” mobile phones (iPhone, Galaxy, HTC, etc.), a tablet (iPad, Kindle, Nexus, Galaxy Note, Android) or two, a notebook computer (or Ultrabook, Mac Air, whatever) or three, and a desktop. The brand doesn’t matter – Windows, Apple, Android and Linux all have basically the same problems and opportunities when it comes to connecting to the internet.

Almost everybody will want a “3G” package for their mobile phones (in Phuket, 3G is HSPA+), because it’s very handy to have internet access while you’re on the road – not just for maps and shopping/price comparisons, but also to look up movie schedules, upload shots to Facebook, check your mail, swear at the lottery results, and a gazillion other reasons.

Next week I’ll talk about the various 3G vendors and help you choose the right package. For now, let’s just assume that you have at least one 3G phone and it’s running on a 3G connection – that’s about 500 to 900 baht per month.

Many people buy tablets with 3G (or, soon, 4G) connections. You may want to consider whether you really need a separate 3G account for your iPad or Google Nexus, Samsung Galaxy Note 10 or other tablet. Why?

If you usually use the tablet at home, you can connect to the WiFi in your house (more about which in a minute). If you always carry your phone with you, and the phone has 3G, you can usually set up a connection using a technique called “tethering” that lets you turn your mobile phone into a WiFi hotspot. Many people don’t ealize that they can simply piggyback their WiFi iPad onto their iPhone and get connected to the internet without paying for a “3G” iPad, and without paying for a 3G account/SIM card for the iPad.

Tethering iPhones and Android phones is usually easy. I’ll cover it in a future Live Wire.

Wait. It gets even more complicated. If you have a laptop, Air, ultrabook, netbook – any computer with a built-in WiFi capability – you can almost always connect that laptop to the internet by using your mobile phone. You don’t need to buy an “AirCard” or a USB dongle. As long as you’re carrying it, all you need to do is figure out how to tether your phone, and the laptop thinks it’s found a normal WiFi network.

In addition, if you have the right kind of phone account with TOT, for example, you can connect your laptop to any TOT WiFi network on the island. Granted, there aren’t a lot of TOT WiFi networks, but many of the most popular locations on the island have TOT, True, AIS or DTAC WiFi signals.

Granted, your phone’s battery will run down faster if it’s tethered, and the data that you download to your iPad or MacBook or Windows ultrabook through the phone counts against your phone’s monthly quota (more about which next week). There’s a little bit of a hassle factor in connecting your tablet/netbook to your phone. But after you’ve done it a few times, you’ll see it’s like falling off a log.

Now permit me to throw you a curve. In all of those scenarios, you don’t really need to tether your phone. You can buy a small box – about the size of a deck of cards – called a MiFi or MyFi unit that does the tethering for you. You stick a 3G SIM card in the MyFi box, and it turns itself into a WiFi hotspot. CAT has MyFi boxes in stock most of the time, but they’re readily available at many of Phuket’s savvy computer places.

The best MyFi boxes can be charged in a few hours, and they’ll hold a charge for the better part of a day. That means you can stick it in your pocket, and carry your WiFi connection around with you, anywhere 3G is available – which is almost all of the island.

Here’s another curve: you don’t need to put a wired connection (ADSL, Fiber, DOCSIS, etc.) into your house in order to get your desktop computer onto the internet. Your fat old HP or Dell or Mac desktop will work just fine with a USB WiFi dongle – they’re readily available for 1,000 baht or even less. So if you think you’re stuck with running wires to
every corner of your house, you aren’t.

To recap: just about any computer – tablet, laptop, desktop – can get to the internet if you have a sufficiently capable mobile phone to act as a tether, if you buy a MyFi box, or if you get a line installed to your house and have the installer put in a WiFi access point. There are lots of permutations and combinations, but you can save yourself a lot of money, every month, by experimenting with the equipment you have – or buying new equipment with a plan firmly in place.

Next week I’ll step through the vagaries of ordering internet service, both wired and wireless, and give you some recommendations based on the latest results at our speed testing web site, phuketinternetspeed.com.

My conclusions may surprise