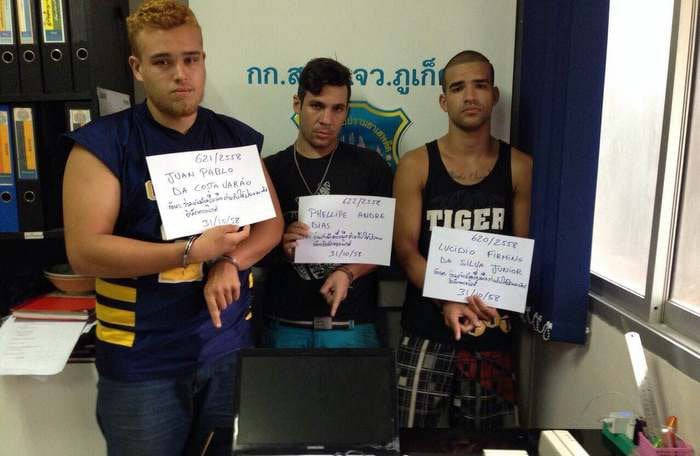 PHUKET: Three alleged ATM skimmers were arrested in Chalong on Saturday night after police tracked them down using the GPS signal from a stolen iPad.

“We followed the GPS signal of the iPad to a rental room near the HomePro in Chalong. However, there was no one there at the time, so we waited nearby until the men came back,” explained Lt Col Somkid Boonrat of the Phuket Provincial Police.

The three men were charged for electronic card fraud, as well as theft.

The men denied all charges, but admitted to bringing the skimming equipment from Brazil to Thailand.