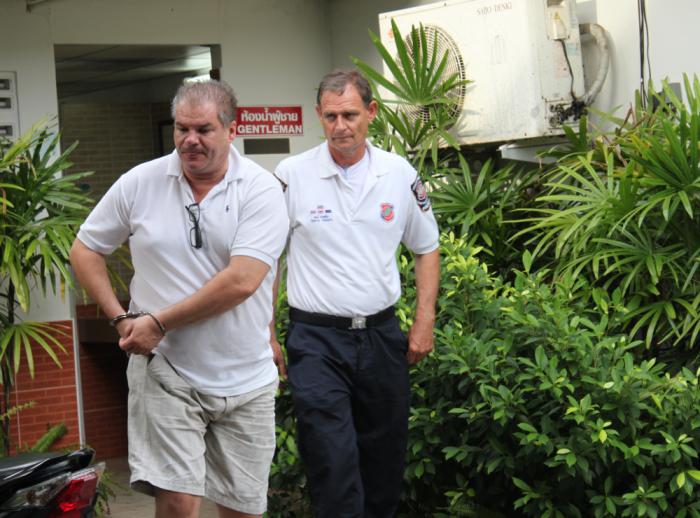 PHUKET: The prosecutor in the Stein Harvard Dokset case concluded his arguments on Wednesday after asking the confessed killer’s girlfriend and the case investigator to take the stand.

The long-term Norwegian expat is accused of murdering his ex-girlfriend Rungnapa Suktong, concealing the evidence of the crime and illegal possession of a firearm.

Though Mr Dokset, now 51 years old, has confessed to killing Ms Rungnapa, he has maintained that it was an accident brought on by a fit of jealous rage (story here).

“During her testimony, Rungthiwa Namchana explained that she was living with Mr Dokset in his luxury villa in Kata when the remains of Ms Rungnapa were found by police,” the case prosecutor told the Phuket Gazette.

“She told the judge that she was unaware of Mr Dokset’s previous relationship with Ms Rungnapa.”

The Chalong police investigator, who the prosecution declined to name, presented the DNA test results of the human remains found decomposing in an acid-filled trash bin at Mr Dokset’s home.

“Based on the test results, the investigator identified the remains as those of Ms Rungnapa,” the prosecutor said.

The prosecutor declined to reveal any further information about the hearing.

The court is expected to hear the defense’s case early in June.