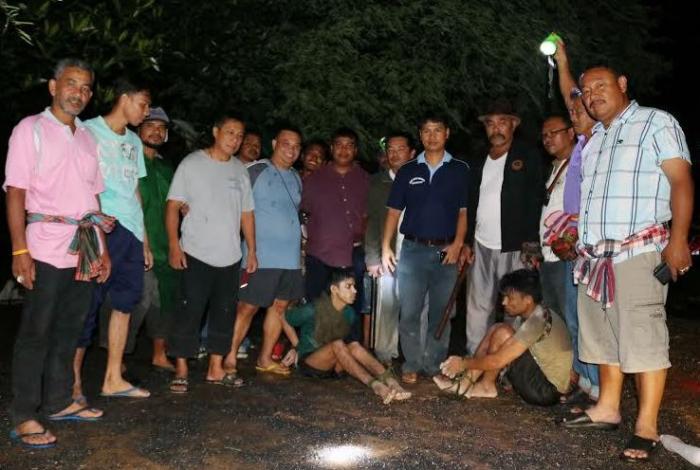 “We received reports from locals in Baan Thai Thoi that the Rohingya men were spotted inside a mangrove forest and shrimp farm,” said Songyot Nakrit, Tum Bor Put village headman. “The men had escaped up Thoi Hill, but came back down for food.”

On Monday, 11 men were arrested, followed by three on Tuesday, two on Wednesday and the remaining four on Thursday night. One man was shot dead while trying to make his escape (story here).

Officials said the men will be transported back to the detention center, where they will remain until their case is brought up in court.