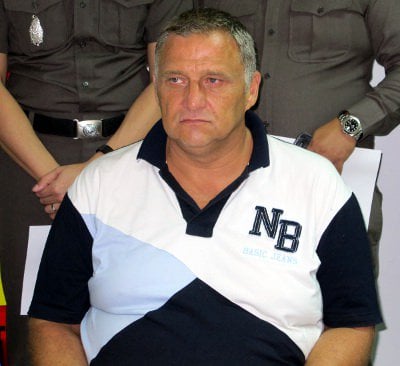 PHUKET: Following his surrender to Samui Police on Saturday, Gyorgy Lajos Kvalka denied any role in the killing of Hungarian businessman Peter Reisz.

Named on the arrest warrant as “Kvalka Lajos Gyoergy”, Mr Kvalka surrendered himself to Samui Tourist Police at 11am on Saturday.

His surrender follows the arrest of the primary suspect, Moshe David, in Bangkok on December 5.

“He saw that police had arrested Mr David. He could not stand the pressure, so he turned himself in,” said Maj Gen Roy.

“Mr Gyoergy [sic] told police that he did not kill Mr Reisz. He said he was only with Mr David while the killing took place,” he added.

Mr David has reportedly confessed to police to killing Mr Reisz in a fit of rage after allegedly discovering that Mr Reisz had swindled him out of land and properties with a total value of about 15 million baht.

In the meantime, Mr David is being held at the detention cells at Phuket Immigration.