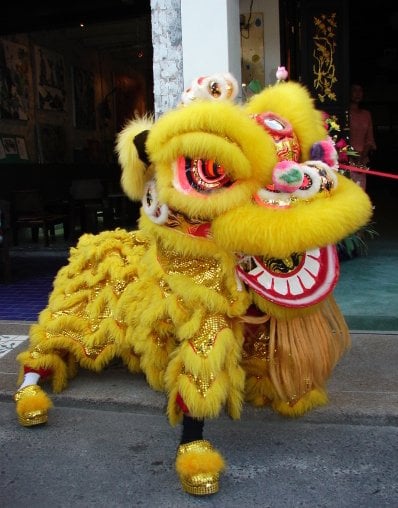 PHUKET: Kusoldharm Foundation top-level management are meeting this afternoon to negotiate a settlement to a nasty dispute over a number of issues facing the public-benefit foundation, the largest and most well-funded charity on the island.

Relations between management and staff appear to have taken a turn for the worse three months ago following the re-installment of Benjawan Tamphanuwat as president.

Mrs Benjawan, who held the presidency from 2000 to 2002, ordered mandatory drug testing for all foundation workers following the July 11 arrest of one volunteer on drug charges.

The volunteers said they thought the drug testing, to be carried out at the foundation offices and overseen by police and public health officials, would be unfair.

They refused to be tested and demanded that any testing be carried out in a hospital.

The incident seemed to trigger a release of pent-up tension that had been building among the organization’s 60 to70 salaried employees and 300 volunteer workers.

On Monday morning, some 50 of the foundation workers, mostly from Patong, staged on a work strike and protest, charging the organization’s management with misuse of funds and demanding their immediate dismissal.

At 9am the protesters blocked the entrance to the foundation’s offices on Phoon Phon Rd Sois 7 and 9 – but not Soi 11 – promising to stay there until nightfall.

Mrs Benjawan was unable to confront her detractors directly at the time as she had left for Bangkok that morning.

The protesters also called for the resignation of Foundation Manager Banyong Sirisoonthornwong, charging him with self-serving management practices.

Mr Banyong was also unavailable at the time as he was busy transporting a cadaver off the island.

The protesters charged him with using his personal vehicle and charging above the standard rate of seven baht per kilometer for the delivery.

To try and end the protest, Phuket City Police Superintendent Wanchai Ekpornpit met with two protest representatives and a foundation vice-president on Monday morning. But it was to no avail, as the workers continued the protest until nightfall.

Such work stoppages are a serious blow to the island’s emergency preparedness, as Kusoldharm workers are the first responders at accident scenes over most of the island, except in Chalong Police District where the duty falls to the Phuket Ruamjai Kupai Foundation.

As examples, they cited her refusal to authorize a request to donate 300 crash helmets to the Phuket City Police road safety campaign.

Mrs Benjawan also ordered volunteers to stop performing important public service work such as helping animals that fall into canals or removing the carcasses of dead animals from roadways, they said.

They also took issue with the foundation paying Mr Banyong a 20,000-baht monthly fee they described as a “salary”.

Mrs Benjawan, who also runs a private business in the local fishing industry, returned to Phuket yesterday. She has thus far been unavailable for comment.

Neither the protesters nor the media were invited to take part in today’s closed-door meeting.

Yesterday morning the protesters handed an official letter of complaint to Phuket Governor Wichai Phraisa-ngop, asking him to investigate the board’s financial dealings.

Kusoldharm Foundation was established in Phuket in 1976 with the objective of helping needy souls, both among the living and the dead.

The organization collects unidentified dead bodies and stores them in a cemetery until their numbers reach around 800, and which time they are given a mass funeral.

The group’s work has sometimes led to them being called Phuket’s “ghostbusters” or even “bodysnatchers”.

They currently operate out of three stations (Patong, Phuket City, Muang Mai Police Box in Mai Khao) and until recently kept a vehicle on standby in Kathu Municipality.

Mrs Benjawan’s recent order to cease operating a vehicle in Kathu is another of the volunteer’s many complaints.