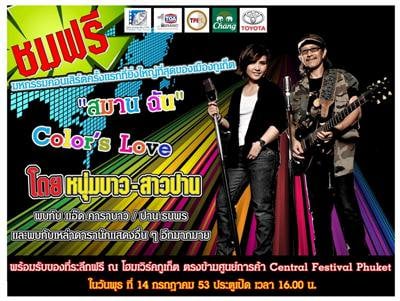 Mr Carabao’s musical achievements are the stuff of legend, but he is perhaps best known among foreign residents for the song “Welcome to Thailand“, which features the lyrics:

An expected highlight of the show will be the pair’s rendering of the hit song Noom Bao Saow Parn.

The pair will be accompanied on stage by a number of famous actors and actresses.

Gates open at 4pm and admission is free.