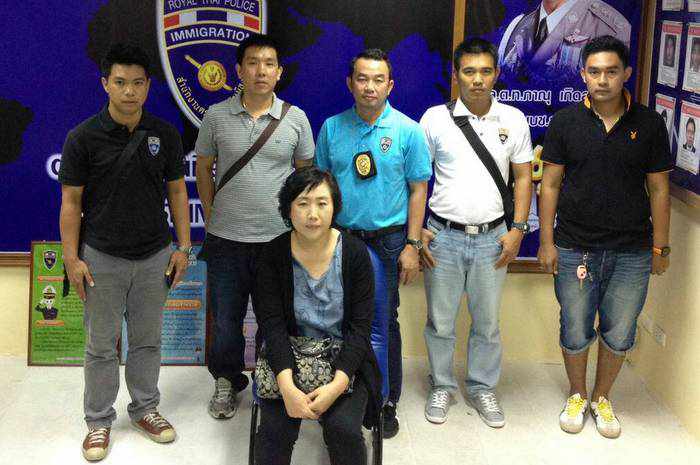 PHUKET: A Korean woman who was wanted for jumping bail in a 10-million-baht fraud case three years ago was swept up today in a National Council for Peace and Order (NCPO) campaign to rid Phuket of crime.

Lee Mikyong, 48, was arrested at a Korean restaurant on Chao Fa West Road in Wichit at about 11am, Phuket Immigration Inspector Tianchai Chompoo told the Phuket Gazette.

Police did not reveal the name of the restaurant.

“Ms Lee allegedly cheated a business partner out of 10mn baht,” Maj Tianchai said. “She skipped bail in 2011, and we have been searching for her since then.”

Ms Lee was charged for skipping bail. She was taken to the Phuket City Police Station for more questioning.

The island-wide police sweep, which started on June 18, will run until June 24.