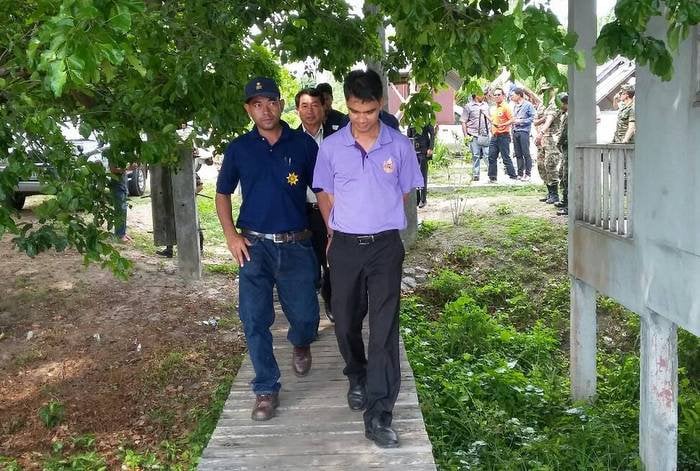 “By the time we got there, the group had left. However, we did find 10 fake identification cards in Baan Khun Samut.”

The fake Thai-ID cards were discovered in a palm plantation near Khun Samut Port, along with evidence of the group’s presence.

Police now believe that the district is being used as a stop-off point for people being smuggled into the country before they are moved to detention camps in the Deep South or to Malaysia.

The investigation follows the discovery of mass graves of human trafficking victims along the Thai-Malay border. Officials have since expanded their search for similar grave sites throughout known human trafficking corridors. So far, only one body has been uncovered at a site north of Phuket in Phang Nga (story here).

“I have talked with local leaders in the community, as well as military officials, to ensure that everyone is keeping an eye on the entire island. It is not just Baan Khun Samut that is vulnerable to human trafficking. The whole district can be used as a corridor for the illegal trade in people if we are not careful,” Mr Suriyan said.