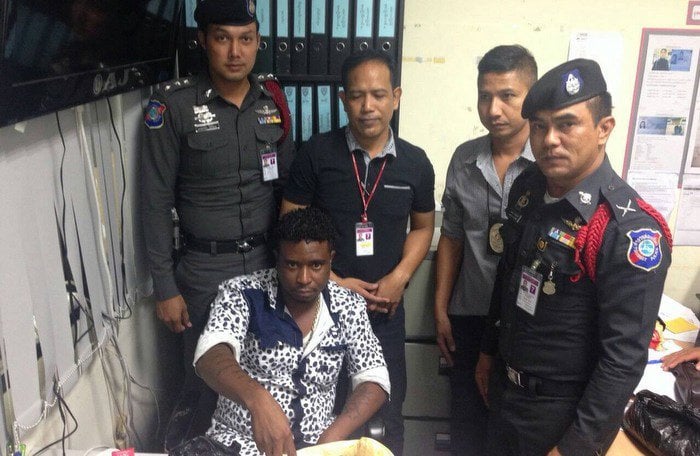 PHUKET: A Kenyan national was arrested at Phuket International Airport on Saturday night for carrying an extensive amount of pharmaceuticals and an allegedly fake passport.

“As Mr Gichunuku proceeded through the immigration queue, the officer checking his passport noticed several suspicious aspects and believed it to be fake,” Maj Urumporn said.

Police have declined to reveal what issues they had with the passport in order to continue using the information to catch other people entering Thailand illegally.

When immigration officers, along with Tourist Police, arrested Mr Gichunuku, they found that he had 380 packets of dexamethasone (steroid) and 85 packets of Super Apeti (antihistamine) with him, totalling about 4,600 pills.

“He left Kenya for Phuket carrying a lot of pharmaceuticals in his luggage. It was much more than the amount allowed for personal use during a 30-day visit,” said Maj Urumporn.

Mr Gichunuku has been charged for the possession of a fake passport and importing more pharmaceuticals than are needed for 30-day personal use. He is now being detained at the Tah Chat Chai Police Station.

“Mr Gichunuku has denied using a fake passport. The passport has been sent to the Kenyan Embassy to verify whether or not it is genuine,” Maj Urumporn added.