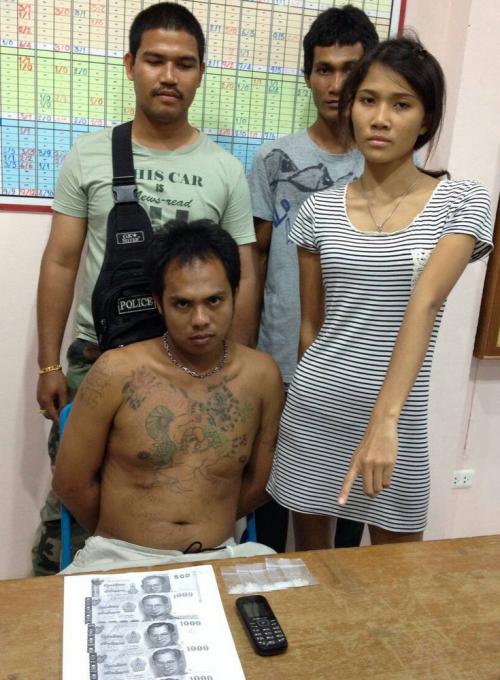 PHUKET: Plainclothes police arrested two ya ice (crystal methamphetamine) dealers in a sting operation at a Phuket guesthouse on Wednesday night, seizing a total of 1.6 grams of the drug.

Lt Suchart Chumphusaeng led four other officers of the Kamala Police in the raid at Popeye’s Place guesthouse, near Phuket FantaSea, where plainclothes officers had arranged to buy 1.6 grams of ya ice for 4,500 baht.

The sting operation was set up after officers had received reports that Anont Promchaikhao, 29, and Jinda Meebang, 18, had allegedly been selling drugs to teenagers in the Kamala Beach area.

“They were arrested at about 8pm, after they had accepted the cash and handed over the drugs,” Lt Suchart said.

“They were both charged with possession of a category 1 drug with intent to sell,” he added.

Mr Anont and Ms Jinda were taken to Kamala Police Station, where they remain in custody, Lt Suchart confirmed.

Anti-Yingluck protesters in Phuket pledge to not back down