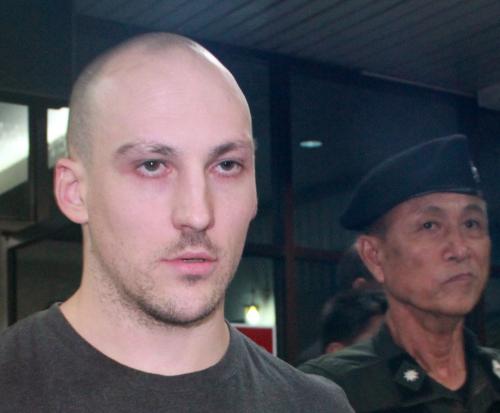 At the hearing today, Aldhouse signed a copy of Mr Longfellow’s passport, writing that he, Lee Aldhouse, had stabbed “this man”.

After police gave their statements and presented their evidence, the judge asked Aldhouse if there was any last statement he would like to make.

“I would like to apologize to his family and friends. I didn’t mean to kill him,” Aldhouse said.

There were no members of the Longfellow family present in the courtroom today.