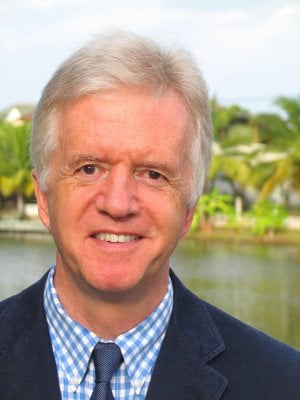 PHUKET: James Batt, Joint Managing Director of Laguna Resorts & Hotels (LRH), will leave the island in June to take up a new post as head of a chain of hotels headquartered in San Diego, California.

Mr Batt joined LRH in November 1995 as Executive Director and Vice-President of Laguna Operations, responsible for overseeing the operations of all five resort hotels and facilities at Laguna Phuket. Shortly after joining, he was promoted to Managing Director.

He told the Gazette, “We [long ago] made a family decision to return to the United States after 10 years in Phuket, and I received a call asking me to consider a position in San Diego.

“After they came here to see what I do in Phuket, and I went there to meet the team, I have accepted the position of President and Chief Operating Officer of Woodfin Suite Hotels.”

Woodfin describes itself as a “hotel management, franchise and development company”. It currently operates 17 hotels in 11 US states.

“The company has hotels across America, with several new ones under development, including [properties on] Harbor Island in San Diego and Marina del Rey in Los Angeles,” Mr Batt said. “The plan is to move the existing hotels up-market, and to develop rapidly to become the major player in the upscale all-suites market.”

He admitted, however, that he and his family will miss Phuket.

“It’s going to be very difficult for Angie, Henry and me to leave Phuket after such a long time here. A lot has happened in those 10 years, and I can honestly say that I have never, ever, had a day when I was bored.

“I continue to have confidence that Phuket will go from strength to strength as a tourist destination, and predict that the property market will continue to grow and become the mainstay of the island’s economy.

“We will be keeping the house we are building for ourselves at Laguna, and hope to visit often in the years to come.”

Thus far, LRH has not announced who will succeed Mr Batt.