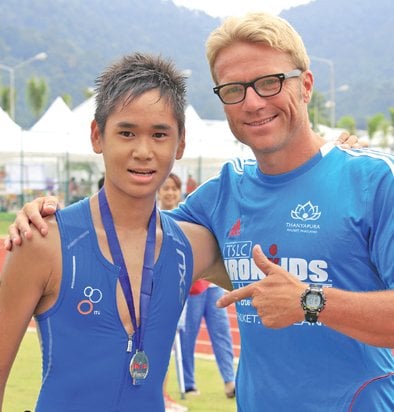 PHUKET: Eight corporate sponsors answered the call for race fees and support of over 90 children at the second IronKids Phuket event held at Thanyapura Sports and Leisure Club (TSLC) recently.

Zoe Bowden, aged 12, from Malaysia, successfully defended her TSLC IronKids Phuket title in a new best time of 39 minutes and 23 seconds which slashed over two minutes from her previous best.

Edwin Thiang from Malaysia won the boys 15 years age group with a time of 40 minutes and 36 seconds beating the winning time of Nicholas Murphy in the last IronKids event by nearly five minutes.