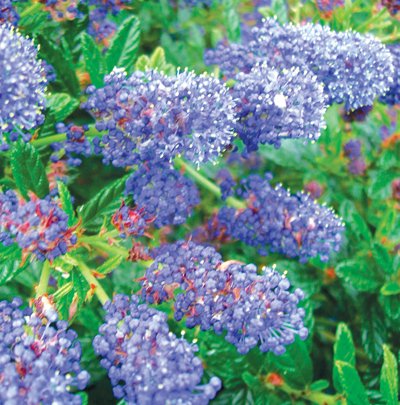 PHUKET: I was recently asked to offer my advice about landscaping the entrance area to an up-scale estate. After studying photographs of the site area and making a long list of possible plants, I paid a visit to my favorite nursery to discuss tactics, availability and prices with the Thai owner. She knows what she is talking about as her garden center has been responsible for planning and maintaining a number of landscape projects in southern Phuket. Anyway, among other things we were discussing flowering shrubs and trees and she expressed surprise that my list contained no bauhinia (orchid tree).

I knew why. One planted years before had taken ages to settle and had finally given up the ghost. But she insisted the orchid tree was both easy to grow and quick to develop. Furthermore, on my initial visit to the resort in question, I noted a number of orchid trees in full flower along the road from Patong to Kamala. It is a real favorite elsewhere too, for example in Hawaii and many parts of California. So, despite my negative experience, the bauhinia definitely deserves an honorable mention in these columns.

The genus is large with well over 200 species, including both vine and dwarf varieties. Most are confined to the tropics. The most spectacular and desirable small tree is blakeana (Hong Kong orchid tree), so named because it is the floral emblem of Hong Kong. Often grown as a shrub, this cultivar possesses the unusual, heart-shaped, twin-lobed leaf which characterizes the entire genus – grey green in this case. However, the real attraction resides in the large, scented, paper-thin, five-petalled, purple, magenta or maroon flowers. They do indeed resemble orchids and are profusely borne on terminal sprays, or in the leaf axils. And they are large – maybe five inches across. If allowed to grow into a mature tree, blakeana can reach twenty feet, but is not likely to aspire to such heights in Phuket. This variety, unlike many of the cultivars, is reliably evergreen and can be pruned to encourage a denser and more shapely form. But it is sterile and needs to be propagated from cuttings.

Bauhinia forficata is a somewhat smaller tree and shares the common name of butterfly bush with the buddleia. Native to Brazil, it has a short trunk, spreading canopy and smaller orchid-like flowers that vary from white to pale pink. A good choice for a patio, it is cold-hardier than blakeana, but that means it is not as good in consistently hot climates such as ours. Galpinii is sometimes referred to as the red bauhinia, since it has brick-red or orange flowers that look as spectacular as any bougainvillea. However, like the bougainvillea, it is thorny and sprawls somewhat, so it is better against a wall, especially if trained as an espalier. Lunarioides is smaller with tiny round leaves and white flowers that bloom several times during the year.

The most frequently planted bauhinia is variegata: indeed this was the aforementioned variety growing at the side of the mountain road north from Patong. It is often cultivated as a many-stemmed shrub, but if staked and pruned, becomes an attractive tree up to thirty feet in height.

Downsides? Not many it would seem. Best cultivated in slighty acid soil and full sun; it dislikes salt-laden wind. Moreover, as a legume (caesalpinia), all bauhinias produce masses of messy pods after blooming. Trim them off to improve appearance and speed up new growth. Ideally, bauhinias like a cool spell (which they are unlikely to get here), but they are both easy-going and flamboyant. Not a bad combination.

Phuket Gardening tip of the week – local use of chemical controls

THERE is an increasing and disturbing trend in Phuket and it concerns the use of herbicides.

Drive along any road and you will see the evidence -ugly and unsightly patches of dead or dying vegetation.

Chemical controls are definitely not recommended and certainly not for use in gardens where you grow fruit or vegetables. Beyond the risks they pose to health and the wider
environment, cheap ones are often non-selective.

When these herbicides are sprayed indiscriminately to control weeds or undergrowth in larger areas, they will damage or kill all desirable plants in the vicinity, including native wild flowers. Worse, their effects will persist in the soil for long periods.

If you must use them, consult the label to ensure that they are appropriately selective – whether they work on narrow-leaved, grass-like plants or on broad leaved ones. Better still, don’t use them. Hoe or hand weeds out instead.