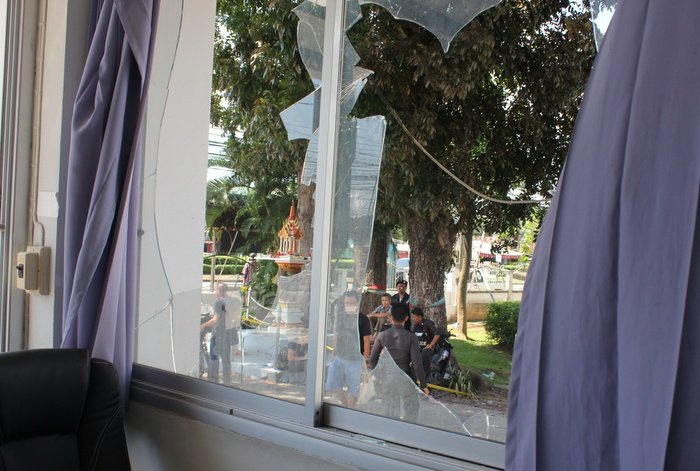 PHUKET: Some police officers injured during the Phuket riot testified yesterday that they did not respond violently when protesters attacked them.

Lt Col Akanit said his unit retreated from the site at about 3:30am Sunday. While his unit was walking near the Thalang intersection, a group of teenagers turned and started to throw rocks and other things at them.

The teenagers also allegedly shouted that the officers were harming them, prompting other protesters to join the attack.

Col Akanit suffered a cut on his head that required five stitches.