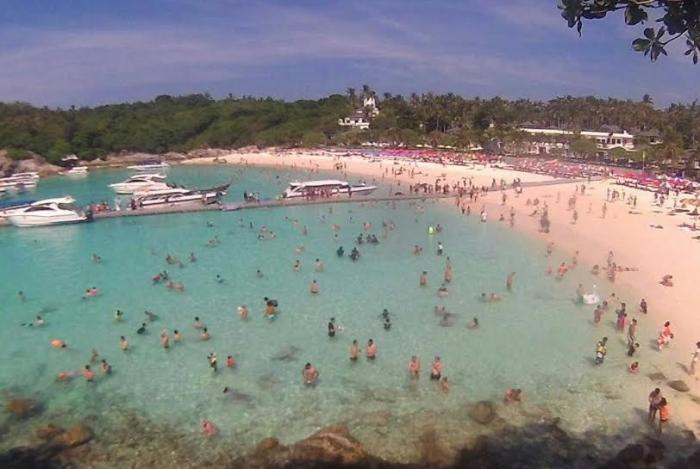 PHUKET: A Chinese tourist snorkeling for the first time in his life drowned at Koh Racha Yai yesterday afternoon.

The victim, Hangseng Chen, 62, was on a day trip with the ‘Jaiyun Travel Group Co Ltd’.

“Suthee Maliwan, the tour guide, told us that at about 11:40am, he made a stop to let the tourists snorkel off the island. He said that he gave instructions to all tourists on how to use the equipment, and told them to wear life jackets before jumping in,” said Lt Sakarin Saengjaroen of Chalong Police.

“However, after about five minutes, he found Mr Chen floating face-down in the water. He was wearing all the necessary equipment as well as a life jacket,” confirmed the lieutenant.

Mr Suthee reportedly saw that Mr Chen wasn’t moving, so he pulled him up onto the boat and administered CPR (cardiopulmonary resuscitation).

They arrived at Chalong Pier at about noon, and transferred the victim to Vachira Phuket Hospital.

“Mr Chen was pronounced dead on arrival. His visibly distraught daughter, Xiao Mei Chen, also told us that her father was diabetic, couldn’t swim, and had never used snorkeling equipment before. She doesn’t have any doubts about the cause of his death,” added Lt Sakarin.