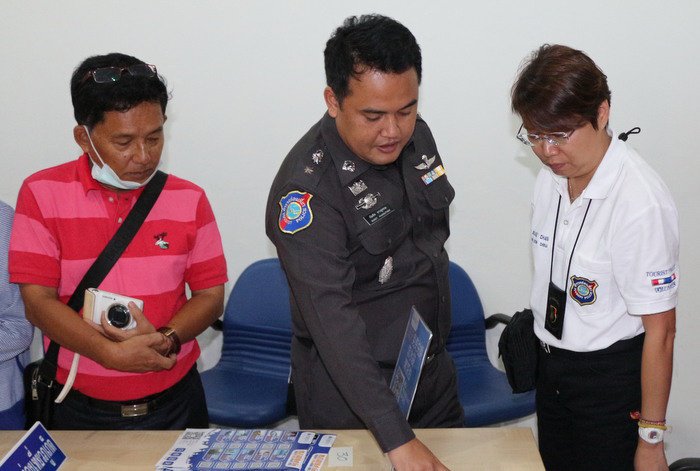 Locals informed police that Wenheng Wu, 24, and Boran Chen, 25, were displaying Chinese language tour fliers to potential clients on the pier for several days prior to the arrest.

“When the joint arresting team arrived in the morning, we saw the two with the fliers. When a tourist was interested in the package, they were told to just scan the QR code with WeChat and that other details, such as how to pay, could be discussed later,” explained Tourist Police Division 5 Deputy Superintendent Bundit Khaosutham.

“The two were in possession of many types of tour package fliers. However, they did not have work permits.”

At the Tourist Police Station the pair allegedly offered to give officers 100,000 baht to be released.

“We had the team go along with it and pretend to receive the money. The transaction was clearly captured by CCTV,” Col Bundit said.

Mr Wenheng and Ms Boran were charged for working illegally in Thailand, illegally operating a tour business and bribing officers.

The two were taken to Chalong Police Station for further processing.