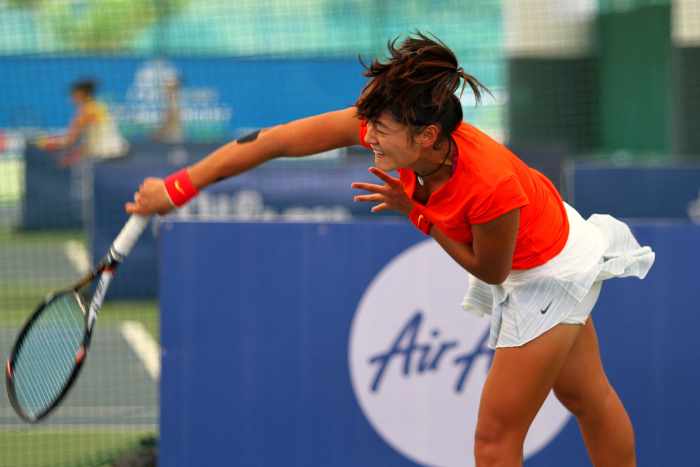 PHUKET: WITH the Chang SAT International Tennis Federation (ITF) Pro Circuit doubles event at Phuket’s Thanyapura half way through, the first winners are celebrating their results.

Ya-Fan Wang of China played from the qualifying round to win the Women’s Singles event. In the final round Wang survived five match points to come back to defeat Yi-Fan Xu 3-6, 6-2, 7-5.

In the doubles, Korean duo Han Na-Lae and Yoo Mi defeated Akari Inoue of Japan and Lee Ya Hsuan of Taiwan 6-4, 6-3 to secure the title.

Each of the two back-to-back tournament’s prize pools is valued at US$25,000.

Thanyapura Phuket was recently listed as one of the top 50 Best Tennis Resorts in the world, and many of this year’s tournament participants have taken part in several competitions at the venue over the past few years.

The second leg of the tournament is currently underway, and will be concluded on Saturday, July 26.