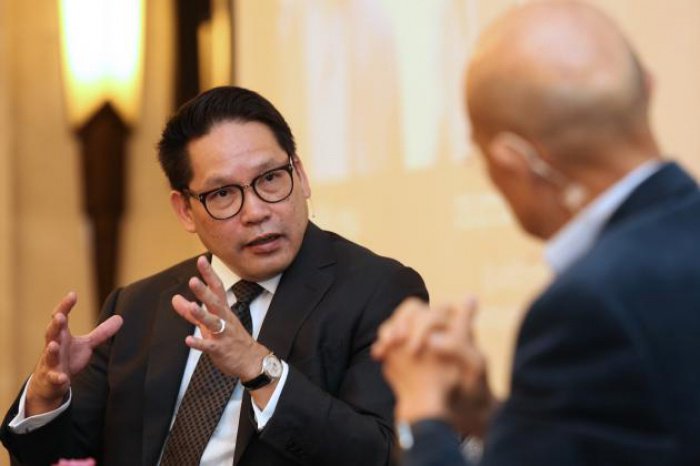 PHUKET: The Information and Communication Technology Ministry (ICT) is eyeing Phuket and Chiang Mai as ‘smart cities’ that focus on tech start-ups as part of a move to turn Thailand into the digital hub of Asean.

ICT Minister Uttama Savanayana said that under the policy the ministry planned to roll out pilot projects to drive the country forward, with the ‘smart city’ plan as one of them.

Phuket and Chiang Mai could be piloted as smart cities because of their technology readiness, location, and internationalism, Mr Uttama said during a special interview conducted by Suthichai Yoon, adviser to the Nation Multimedia Group’s editorial board.

“Currently, there is a lack of direct governmental support in terms of direct investment and direct policies to support tech start-ups, but there are relevant supports such as the support scheme provided by the Software Industry Promotion Agency,” he said.

Mr Uttama, who was given the portfolio last month, said there were two main tasks the ministry would tackle over the next three months.

He said the first task was to formulate a solid digital economy master plan, which is currently being developed.

Mr Uttama said the Ministry would work with other ministries, such as the Commerce Ministry, to set up an e-commerce platform to help businesses go online, especially small and medium-sized enterprises (SME) and those in agriculture.

“The plan is to have a national e-payment platform as a crucial part to help drive e-commerce,” he said. “Moreover, the government can also play a role to verify online merchants through the Trust Mark.”

For education, he said the plan was to have hi-speed internet coverage for every village in the country by 2016, so as to connect remote communities and schools.

He said the e-industry pilot project focused on encouraging SMEs to benefit from using technology.

The 2,000 ICT centers nationwide could be utilized to leverage SMEs’ capabilities.

‘Smart cities’ would be the fifth pilot project introduced over the next three months, he said.

“The ICT Ministry plans to steer the existing budget, especially the budget for the student tablet scheme, to be used for running the pilot projects,” he said.

Phuket on alert for Enterovirus 71