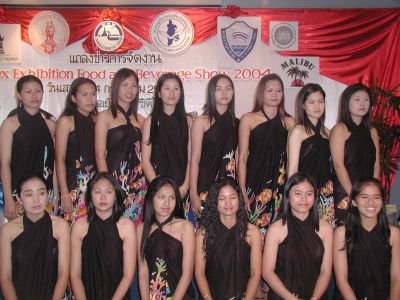 PHUKET CITY: This year’s Hotelex Exhibition Food and Beverage Show, which will be held at the Royal Phuket City Hotel from August 12 to 15, will open with a thrilling “speedy bed-making” contest.

The novel competition, with 6,000 baht in prize money up for grabs, will get underway at 1 pm on August 12, marking the start of the four-day show, which has been gaining in popularity over the past few years, especially for its bartender contests.

All winners in the bartender contests will also receive the opportunity to compete in the National Bartenders Contest to be held later this year.

The event will also see the return of the annual Miss Cocktail competition, with this year’s prize being 6,000 baht and an award donated by Suwalai Pinpradab, the director of the local Tourism Authority of Thailand office.

Thirawit Yingdamnoon, president of the event’s organizers, the Food and Beverage Managers Club of Phuket, said, “The aim of the event is to display to the world the high standard of the food and beverage business in Phuket.”