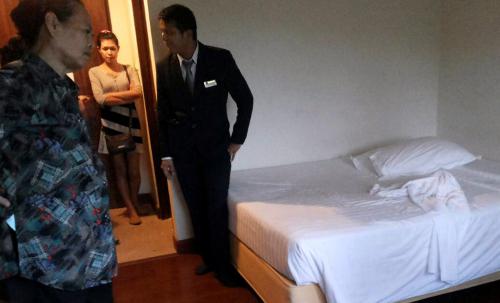 PHUKET: A 44-year-old chef was found dead from heart failure in his room on Friday, just a week after starting a new job.

The body of Chalong Tiwiyang was found on the floor of his staff bedroom at Phuket Graceland Resort and Spa at about 6pm on Friday evening.

Police estimate Mr Chalong had been dead for about 10 hours.

“There were no wounds on his body,” said Lt Thawatchai Srimai of the Patong Police.

“His sister, who also worked at the hotel, told us that he was a heavy drinker and had high blood pressure,” Lt Thawatchai said.

Doctors at Patong Hospital determined that the cause of death was heart failure.

Mr Chalong’s relatives accepted the explanation and did not ask for further investigation, Lt Thawatchai added.

Heavy rains to continue in Phuket until tomorrow afternoon