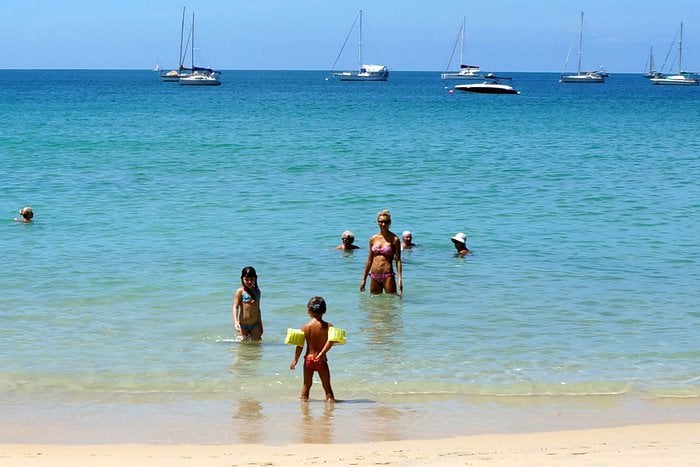 PHUKET: The Phuket Provincial Health Office (PPHO) has called on all local administrations on the island to take steps to prevent any further child drownings in their areas.

The move to ramp up water safety throughout Phuket follows Public Health Minister Dr Ratchata Ratchatanawin on Monday issuing a nationwide order for all relevant agencies to launch water-safety campaigns.

Dr Ratchata pointed out that on average more than 400 children drown each year during summer months (story here).

Around 1,200 children aged 15 or younger drown in Thailand each year, or as many as four children per day, he added.

Dr Ratchata instructed all local public health offices and other related agencies to convey to parents the need to protect their youngsters.

He also urged parents to keep an eye on their children when they are around the water, especially those younger than 5 years old.

“They should not be left by themselves even for just a few seconds as they are not physically strong enough to hold themselves upright even in shallow water,” he said.

PPHO chief Dr Kajohnsak Kaewjarus confirmed that his office had passed the warning on to all administrations in Phuket.

“We have informed every local hospital to work with local authorities to boost water-safety measures in their areas,” he told the Phuket Gazette.

“We urged local administrations to install fences and signs to prevent children from swimming in dangerous waterways and ponds. We have also launched a campaign to urge parents to keep a close eye on their children at all times while they are playing near water.”

Local administrations were strongly advised to train their officers in rescue techniques and to devise emergency response procedures, he added.

The move to boost water safety measures in Phuket comes just days after the death of 9-year-old Sarun Srisongkram, after he was pulled from Nai Harn Lake on Sunday. He was pronounced dead the next day (story here).

That tragedy followed the mother of 16-month-old toddler Marcus Pandragon Pearce, who found her son’s body floating in the pool at his family’s home in Rawai in December (story here).

Phuket Police lay down the law for Songkran